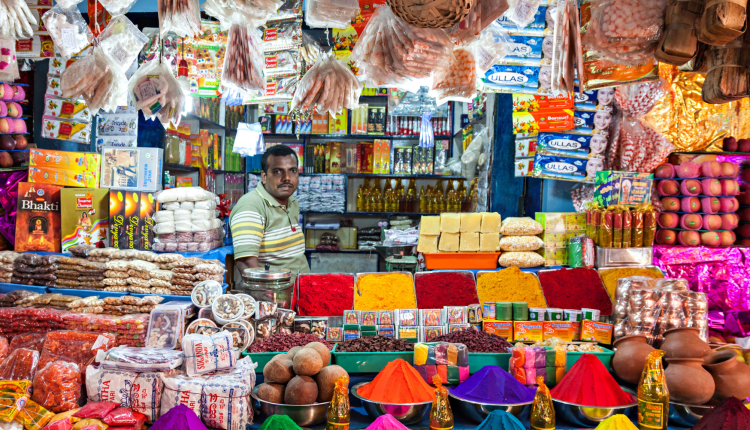 Giving gifts is one of the favourite ways in Asia to show gratitude, and love, to family, friends, that special someone, business clients and colleagues. In Asia, gift-giving is not only made during the year’s big holidays but occurs on any and every day! Many countries in the region have elaborate customs and traditions that stem from their culture and beliefs and gift-giving often reflects these beliefs, following a strict set of etiquette based on traditions, superstition, and even numerology.

In the spirit of the giving season, in this week’s edition we share with you some gift-giving etiquette to keep in mind when you are next in the region. So read on and be ready to go local with your gift-giving on your next vacation in Asia with Secret Retreats.

In India, business gifts are not very popular, since this is seen by many as a form of bribery. If you really want to bring something for your business associate, a little souvenir or a delicacy from your home country will do. Try not to give anything made of leather since cows are very sacred in India for the dominant religion, Hinduism, and giving a leather item could be seen as insulting. Wrap your gifts in green coloured wrapping. Gifts wrapped in green are considered good luck. You must always use your right hand as you receive, pass or give gifts as the left hand is considered unclean. Additionally, if your gift is cash, you must give in odd numbers. In Indian culture, the number one symbolizes a new beginning while numbers that end in zero can signify an end.

Discover our collection
in India
Discover Secret Journeys
in India

Gift giving is common in Korea. The gift should be wrapped nicely in bright coloured wrapping as is the custom. Green or yellow stripes are a traditional and popular Korean wrapping paper design. Avoid wrapping gifts with dark colours or red. You must not use red ink if you are writing cards especially the name. The reason is that, in South Korea, the names of the dead are written in red on funeral lanterns and tombstones.

In addition, you should offer and receive a gift with both hands. Wrapped gifts are never opened in the presence of the giver. It is common to exchange gifts at the first business meeting, but always allow the host to present his or her gift first. Do not give knives or scissors as they signify cutting off of a relationship, green headwear, gifts with red writing (denotes death) or gifts in a set of four (also a symbol of death).

Giving lavish gifts was an important part of Chinese culture in the past. Today, however, the official policy in Chinese business culture forbids the giving of gifts as it can be seen as bribery. If you wish to give a gift to an individual, you must do it privately, in the context of friendship, not business. And if giving a gift in the presence of other people, never present a valuable gift to one person. This gesture will cause only embarrassment, and possibly even problems for the recipient, given the strict rules against bribery.

The gifts of candies or chocolate or a basket of fruit, preferably wrapped in red or gold are common and highly appreciated, but do not give clocks as gifts as the word for clock in Chinese sounds like a word that relates to funerals, and as such is considered a symbol of bad luck. And as with Korea, avoid offering gifts of cutting implements, as these are symbolic of the cutting of ties and ending of relationships.

In some cases, choosing the right quantity is almost as important as choosing the right gift itself. Because the words for ‘four’ and ‘death’ sound similar in Mandarin, it’s a serious faux pas to give gifts in fours. On the other hand, gifts given in pairs or eights are thought to be lucky. Two is generally thought to be a good number, and there is a saying that ‘good things come in pairs’. Eight is considered an especially auspicious number, both because its Mandarin and Cantonese pronunciations sound like the word to prosper.

Discover our collection
in China
Discover Secret Journeys
in China

In Japan, the way of your wrapping is sometimes more important than what is actually wrapped inside. Appearance counts for as much or more than the contents. If you want to give a Japanese person some flowers, you must also learn the country’s language of flowers. Flowers have meanings applied to them. If you are giving a gift for a birthday, you must avoid lilies, lotus blossoms and carnations because they are related to funerals.

The ritual of gift-giving is more important than the value of the gift. It is very important to receive a gift properly. Give a gift and receive a gift with both hands and a slight bow. The Japanese may refuse a gift once or twice before accepting it. Do not give anyone a gift unless you have one for everyone present.

For business purposes, be prepared to give and receive a gift at a first business meeting. Gifts are frequently given at the end of a first meeting. Not giving a proper gift could ruin a business relationship.

Discover our collection
in Japan
Discover Secret Journeys
in Japan

If invited to the home of a Thai friend, you are not obliged to bring a gift, but it is polite to do so, and the gesture will always be appreciated. Thais give gifts to express gratitude, respect, appreciation, and kindness, and the tradition of gift-giving is a serious business in the kingdom.

In Thai culture, the rules surrounding the giving of gifts are not as strict as many other Asian countries. If a gift is given, it should be wrapped nicely; gold and yellow are considered auspicious colours for wrapping paper. Avoid giving knives, sharp objects, and handkerchiefs. It is believed that gifting those gifts will bring bad luck to the receiver.

The magic number in Thailand is number 9. Gifts in a set of 9 are considered very lucky for Thai people as it signifies progress and success moving forward. It is also bad manners to open the gifts in front of the giver.

Discover our collection
in Thailand
Discover Secret Journeys
in Thailand

In Indonesia, they usually try to bring gifts when visiting friends. The appropriate gift may vary depending on an Indonesian’s ethnicity and religion. For Malays and Muslim Indonesians, the giver should avoid giving gifts that have alcohol or pork as they are against the religion. For strict Muslims, gifts of food must meet Halal standards, although many Muslims happily accept foods without Halal certification as long as it does not contain any pork products. For Indian or Hindu Indonesians, wrapping should be in bright colours, and leather products and alcohol should not be given.

For Chinese Indonesians, they have similar customs to the Chinese in China. They may decline receiving a gift two or three times out of politeness before accepting. Elaborate wrapping especially in red and gold is admired and appreciated. Taboo items are sharp objects (e.g. knives, scissors) clocks, handkerchiefs, umbrellas, green hats, mirrors, and yellow or white flowers.

Always bring a small gift for the hostess when invited to someone’s home. Give fruits, sweets, perfume or crafts from your home country. Do not give whiskey or other forms of liquor to Muslims. Be careful to watch for signs that a recipient does not want to receive the gift. Malaysia has a culture of reciprocation by which people feel a moral obligation to return favours and acts of kindness. If you give a gift that is overtly grand, a Malaysian may feel ashamed if they cannot reciprocate such a gesture. You should also reciprocate any gift you receive with a gift of equal value. A dinner invitation can also substitute for a gift. Do not give money, liquor, knives, scissors or images of dogs or pigs and avoid wrapping your gift with white, blue, or black paper wrapping.

Discover our collection
in Malaysia
Discover Secret Journeys
in Malaysia

Gift recipients in Taiwan will often attempt to refuse a gift to be polite. Politely persist until the gift is accepted. Gifts should be wrapped with great care. The container of the gift and its wrapping are as important as the gift itself. The Taiwanese tend to give very generous presents and Western visitors should be prepared to reciprocate with gifts of the same value. Gifts of food are appreciated but try to avoid bringing food gifts with you to a dinner party, unless it has been agreed upon beforehand. To bring food suggests that your host’s hospitality is inadequate. Instead, send food as a thank-you gift afterwards and candy or fruit baskets are safe choices. Gift-giving is common in business. Suggested gifts would include a bottle of good quality alcohol, or ginseng. When giving flowers, always give an even number of flowers. An odd number of flowers will be perceived as an omen of bad luck.

At Chinese New Year, it is customary to give a gift of money in a red envelope, known as ‘hong bao’ to children and to the service personnel or staff who frequently assist or work for you. Be sure to give only new bills in even numbers and even amounts but avoid the number four. Gifts and wrappings in red, pink, and yellow are happy, prosperous colours.

Discover our collection
in Taiwan
Discover Secret Journeys
in Taiwan

When visiting a Vietnamese home, bring a gift for the hostess. A gift for children or an elderly parent is also appreciated. And always wrap a gift in colourful paper.

Useful items such as designer soaps, cosmetics, lamps or framed pictures for the home are popular gifts. Don’t give handkerchiefs as these are seen as symbols of a sad farewell. In business, give whiskey but be careful as giving a gift in an office setting may be misinterpreted as a bribe. Try to save your business gift giving until you are invited to your colleague’s or business associate’s home.

Discover our collection
in Vietnam
Discover Secret Journeys
in Vietnam

Booking your trip with Secret Retreats guarantees you the very best experiences at the very best prices. Our Travel Teams are all local people and as travel professionals they are keen to share all the secrets of their fascinating Asian homes with you in building your tailor-made travel itinerary in Asia.