Beyond Halloween: 5 Fiendish Ghost Stories for Halloween from Asia 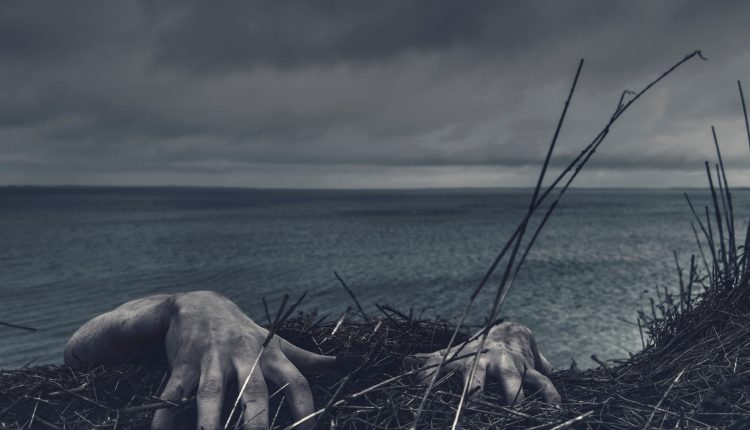 5 Spooky Creatures of the Night in Asia!

For many in the western world Halloween is a time to revel in ghost stories, in tall tales of spooky horror. It’s kitsch, it’s commercialized, but it’s also a fun-filled holiday that is enjoyed worldwide.

Most of the Halloween characters we see have been inspired perhaps by Gothic Horror stories from the west – Frankenstein, Dracula, the Mummy – along with some hangovers from Hammer horror films, or modern iterations of creepy dolls and sinister clowns. Yet, across Asia, the tales of ghosts, the paranormal, and demons are a lot more grounded.

For most folks living in our Asian destinations the spirit world is very much alive and well, an ever-present part of everyday life. As Halloween is approaching, we would like to introduce you to some of our ghost stories. Some you might find scary, but it’s not all horror, some of Asia’s ghosts are almost cute! Should any of our travellers share an interest in the world of ghosts, ask our Secret Retreats concierge team to share their insights on this intriguing aspect of Asian culture, or drop us a line to let us know which is your favorite Asian ghost or monster! Now let’s dive deep into the spiritual world of Asia…here are 5 of the most famous ghosts from Secret Retreats Asian destinations.

Some of our Asian ghosts or mythological demons are not always scary. This lantern ghost isn’t malicious like other demons, he’s just a naughty little trickster who enjoys giving humans a scare. The chochin-obake (paper lantern ghost) will flick its large tongue out, roll its eyes and laugh loudly to frighten passers-by. Honestly, it’s actually kind of cute!

The chochin-obake does not appear in any of Japan’s mythical stories or legends, and only appears in ukiyo-e and kabuki plays. So, there is no origin for this particular yokai. One theory is that he was invented simply to scare children. However, tsukumogami (tool spirits), do appear in Japanese mythology. Tsukumogami are tools or objects which become demons after 100 years (growing old together is an ideal future for a relationship, but after 100 years… now think again!) 😉.

Thus, a regular lantern may turn into chochin-obake after 100 years of use. This comes from the ancient Shinto religious belief that all objects, even inanimate ones, have a soul. Maybe don’t visit any temples, izakaya or other places likely to have lanterns if you don’t want to run into one. Then again, they might make for a good drinking buddy or for your TikTok content!

Discover our Collection
in Japan
Discover Secret Journeys
in Japan

Meet the Chinese zombie and vampire. Jiangshi roughly translates to rigid bodies. Any compilation of Chinese ghosts and demons would not be complete without China’s ultimate monster, the Jiangshi. Originating in rural tales of the strange, these Chinese zombies have become horror and pop culture fixtures in China and elsewhere in Asia. Jiangshi are typically depicted in the wardrobe of a Qing dynasty official, with a binding spell attached to their hats, and hop around due to the stiffness of rigor mortis.

They are corpses who have awoken with the purpose of killing the living to absorb their life essence. They have greenish white skin and are sometimes depicted with rotting flesh. The special characteristic of a Jiangshi is that they can only move by hopping, since their bodies and limbs are stuff due to rigor mortis. The thump, thump, thump, sound of a hopping monster can often send Chinese children cowering.

According to Chinese myth, a corpse might reanimate for a few different reasons: a violent death, an improper burial (we’re sensing a theme here), being struck by lightning (Frankenstein anyone?), or being hopped over by an animal, especially cats (cue shrug). Regardless of how it got that way, the Jiangshi, hop around looking to maintain their undead selves by sucking the qi or life force out of living humans.

Legend has it that, unlike most monsters in folklore through history, the Jiangshi were not created from evil, or some other supernatural entity. The story goes back to the first emperor of China, Qin Shi Huang. Some believe without Qin, these zombie-vampire hopping mad corpses would have never existed. He waged war across China, and as a result of his dynasty building, many soldiers died far away from their homes. Families could not afford to have the bodies of their loved ones transported back home, and so these fallen soldiers faced an improper burial as many people in Chinese culture believe you cannot cross over if you die far from your village or home.

Desperate to help their loved ones, people turned to Taoist priests. These priests specialized in connecting the soul with the body. They could speak to the person during this ritual and give them specific instructions on how to come back so their body could return home. Rigor mortis had usually set in by this stage though, so the priest would encourage the corpse to hop their way back to their loved ones. The priests would transport the corpses only at night. Often only having the ringing of bells as warning. It is said that the families of the original Jiangshi never had their loved ones returned to them because it was believed that by reanimating them, they had lost the good parts of their soul.

Discover our Collection
in China
Discover Secret Journeys
in China

Similar to the Manananggal of the Philippines, Thailand’s Krasue feeds on blood, flesh, and feces (ew!), but according to Thai and southeast Asian myth, the reason is a curse. As punishment for sins in life, the unfortunate woman is struck forever hungry in the afterlife. During the day she disguises herself as a normal human, but at night she separates her head from her body and floats around, her intestines dangling below her, looking for victims.

The krasue usually hides the headless body from which it originates in a quiet place because it needs to return to its body before dawn and to live and appear as a normal living person during the day. Although, having a sleepy look, the headless body can be the cause of death for the krasue. If the head fails to find and reconnect with the body before daybreak it will die in terrible pain. The krasue will also die if its intestines get cut off or if its body disappears or gets hidden by someone. This spirit is widely feared, and the belief is that the creature can also be destroyed by fire. Mobs of angry villagers carrying torches and machetes have hunted the krasue throughout history. The stories tell us that they either catch and kill it or watch where she goes before dawn and destroy her body.

There is a legend that the people who are wounded should beware the krasue, because it can smell the blood and will come to dine on their blood at night when they fall asleep. However, there are ways to prevent the krasue from coming inside the house. House-owners usually build spiky fences of thorns or grow spiky bamboo around their homes to protect themselves as it is widely believed that the krasue is scared of spiky things because its dangling intestines might get tangled and stuck on the spiky plants making the krasue easy to catch and kill.

Discover our Collection
in Thailand
Discover Secret Journeys
in Thailand

A Vetala or Betal is a Bhairava form of Shiva in Hindu mythology, usually defined as a knowledgeable (fortune telling) paranormal entity that is said to dwell at charnel grounds. The Vetala is comparable to the vampires of Western mythology. Reanimated corpses are used as vehicles by the spirits for movement, the corpse no longer decays while it is inhabited by a Vetala. A Vetala may possess and also leave a dead body at will. As legend goes, the Vetala is a ghoulish trickster of varying descriptions that haunts cemeteries and forests, hanging upside down from trees and waiting for humans to play pranks on. They can drive people mad, kill children, and cause miscarriages, but they are also known to guard villages.

Hostile spirits of the dead trapped in the twilight zone between life and afterlife, these creatures of the night can be repelled by the chanting of mantras. One can free them from their ghostly existence by performing their funerary rites. Being unaffected by the laws of space and time, they have an uncanny knowledge about the past, present, and future and a deep insight into human nature. Therefore, many sorcerers seek to capture them and turn them into slaves.

In literature, the Baital Pachisi or Vetala Tales is a collection of stories compiled no later than the 11th century. It features a story of a sorcerer who asked King Vikramaditya to capture a Vetala who lived in a tree that stood in the middle of a cremation ground. The only way to do that was by keeping silent. Every time Vikramaditya caught the Vetala, the Vetala would enchant the king with a story that would end with a question. No matter how hard he tried, Vikramaditya would not be able to resist answering the question and in so doing he would enable the Vetala to escape and return to his tree.

Discover our Collection in India
Discover Secret Journeys in India

Banjhakri and Banjhakrini – Supernatural Shamans of the Forest

A classic urban legend of Sikkim, the Banjhakri and the Banjhakrini (more popularly known as Lemlemey) are shamanic deities in the tradition of the Kirati people of Nepal, Sikkim Darjeeling, and Kalimpong of India. They are supernatural shamans of the forest. A couple, they are sometimes seen as different aspects of the same being. In the Nepali language, ‘ban’ means wilderness, ‘jhakri’ means shaman, and ‘jhakrini’ means shamanka (female shamen).

The Banjhakri is a short, wild, simian trickster who is a descendant of the sun. His ears are large and his feet point backward. Long, matted hair covers his entire body, except for his face and palms, and he plays a golden dhyāngro – a type of frame drum played by Nepali jhakri.

Ursine and humanoid, Banjhakrini’s hair is long, she has long pendulous breasts and backward-pointing feet. She is usually described as bloodthirsty and brutal and carries a symbolic golden sickle.

A Banjhakri will seek out and abduct gifted children who have the potential to be great shaman. He takes the children to his forest home leaves a subconscious message to the parents of the abducted child, commonly heard messages were ‘your child is gifted he/she has a potential to be a great Shaman someday, don’t try to find me or there will be consequences’. Banjhakri then teaches his new disciple all his most powerful mantras and rituals. His wife, Lemlemey, however is a bloodthirsty and brutal being with a thirst for human flesh. She can swallow a whole human child in one go. If the parents of the abductee ignore the warning and try to find their children, the Banjhakri will give the child to his wife to dine on.

Although Banjhakri abducts boys (and, by some accounts, girls), he does not do so out of malice. He trains the children to become great shaman. When the children return home with their shamanic knowledge and powers, they become more powerful than the shamans trained by people.

Discover our Collection
in Nepal
Discover Secret Journeys
in Nepal

Maybe best to leave the lights on tonight…Happy Halloween Season!