Despite Taiwan’s Austronesian past and unique food culture, it is surprising that visitors to Taipei cannot sample the country’s earliest cuisine in style.

Taiwan’s Indigenous people have a long and proud tradition of essentially slow-cooked food that emphasizes seasonal and organic ingredients – quite in line with the foodie movement currently in vogue. But you won’t find an example of native fine-dining in Taipei, a city that lays claim to being one of the world’s leading gastronomic destinations. 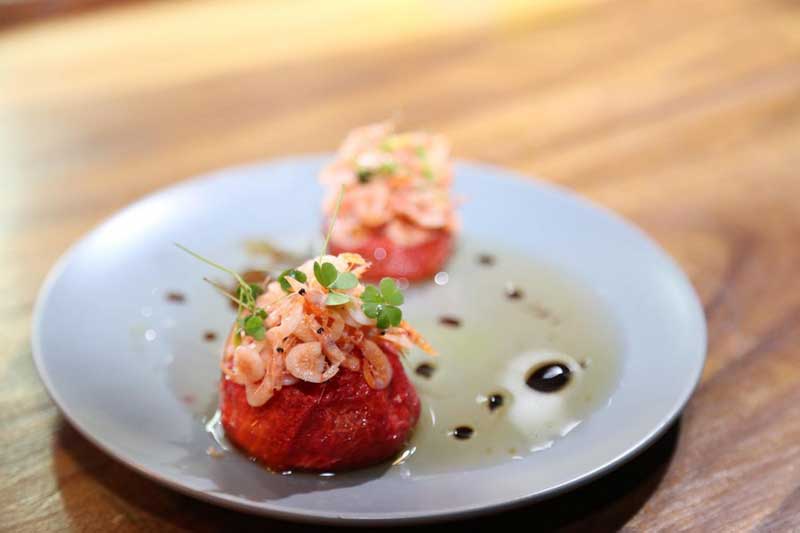 That is the case even though the cuisines of so many countries and ethnic groups are well-represented here, not to mention the fact that the government is promoting the idea that the Republic of China (Taiwan) is different from China in part because of its Austronesian roots.

“Fine dining” is when expert chefs utilize the highest quality ingredients to produce well-presented dishes served by an attentive wait staff in refined surroundings. To enjoy that upscale experience, patrons are prepared to pay a premium. For many people, however, fine dining and Indigenous food are thought of as antithetical.

Most locals are not interested in spending extra on what is viewed as plain fare from the mountains. Far better, the thought goes, are snails imported from France and prepared by some semi-celebrity chef at an establishment with a foreign-sounding name. Indigenous food is typically associated with simple dishes, rudimentary preparation, copious drinking, and likely a karaoke machine for belting out Frank Sinatra tunes. 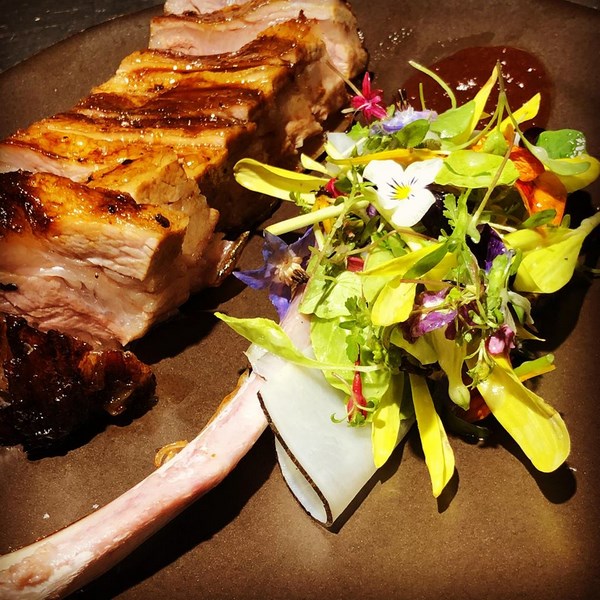 That view is harsh and possibly prejudiced. Actually, Taiwan does have some very good Indigenous restaurants, though they are found far from the capital – in the mountains, down south, and in the east-coast city of Taitung. One of these is Akame, which is difficult to get to without a car, as it is embedded in a remote part of Pingtung County, not far from the Taiwan Indigenous Peoples Culture Park.

Owner-chef Alex Peng is a Le Cordon Bleu graduate who was further trained by André Chiang (江振誠), considered to be one of the world’s top chefs (in addition to having a Michelin-starred restaurant in Singapore, he also runs Raw – one of the toughest places in town to get a reservation – in Taipei’s Neihu district). After working with Chiang in Singapore, Chef Alex decided to return to his roots in Pingtung in the ancient Rukai tribe village of Kucapungane (好茶村).

“Akame” means “grilling with wood” in the native language, and a meal starts with fresh baked rolls with whipped cream and toasted barley, similar to what is served at Raw. Following are tasty amuse-bouche and amazing main dishes such as fried quail eggs dusted with matcha powder; black suckling pig with plum blossom and millet cheese, dragon fruit, and dried prickly ash sauce; and baked spring chicken with a glaze of wasabi and honey, with fragrant Chinese toon. Among the dessert options are five-needle-pine churros dipped in a nutty chocolate sauce. 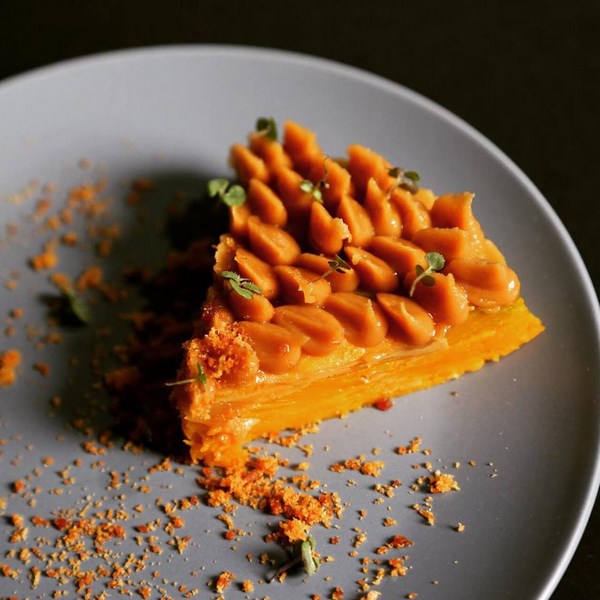 Food prepping is intensive, since some of the ingredients are rare and can only be found in remote areas. In a translated email reply to queries from Taiwan Business TOPICS, Chef Alex says of the process: “We use a lot of wild herbs from the mountains. Some are difficult to source, so we get friends who are familiar with the mountain environment to help us find them. For example, we use prickly ash leaf and flower, mountain asparagus, five-needle pine, and seeds from the nutgall tree.”

“Chef Andre inspired me a lot, especially how he read up about and understood the ingredients that he uses so well. So when I returned home, I never stopped looking for wild ingredients that I could use in our cuisine and was stimulated by a lot of different ideas on how to use them.”

Asked whether he considers the experience to be fine dining, Chef Alex is modest and straightforward. “Akame adopts an a la carte menu rather than a set menu. We change our menu a little every day, depending on the ingredients we have. The intention is to make everyone feel relaxed, enjoy the meal, and understand our cuisine. That’s why I would describe Akame as casual (or bistro-style) dining rather than fine dining. But of course Indigenous cuisine can be presented in all forms, including fine dining.”

The restaurant opened in 2015 and is doing well, Chef Alex says. There are two sittings of 19 places every evening, from 6 to 9 p.m. and from 9 to midnight. “Ninety-five percent of our clients are not from Pingtung, but come from other cities in Taiwan or from abroad.”

According to Michelin’s star system, a three-star restaurant is one that signifies exceptional food and is worth a special journey. Chef Alex decided to open in his Rukai homeland precisely because he wants the journey to also be part of the experience. “I wanted to make this something special, since a reservation and commitment has to be made, in addition to traveling for some time to a different space or environment, which will alter the mood.”

He adds that the goal is for patrons to understand “Akame’s reinterpretation of Indigenous cuisine, which we want to share with everyone.”

To discover Taiwan gastronomy, Secret Retreats has put together a unique journey linking Akame to 2 other Secret Tables – Mume in Taipei and JL Studio in Taichung -. Discover the itinerary “Taiwan, an open air kitchen” here: https://www.secret-retreats.com/en/journeys/taiwan-open-air-kitchen.