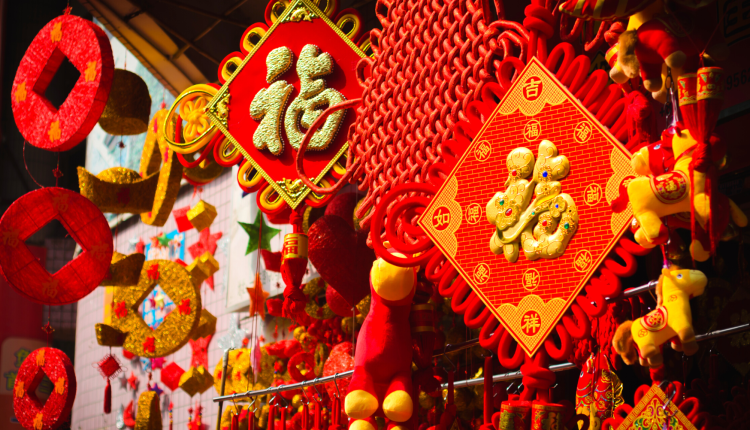 For many of us in Asia, the festive season is still ongoing! In fact, one of the biggest holidays in many countries in Asia is about to happen this Sunday January 22nd. It is the Lunar New Year holiday. More commonly known as Chinese New Year, it is an important traditional holiday across the region. The custom originated in China and has spread to many countries, including Korea, Vietnam, and Japan. Traditionally it is a time to remember and pay respects to your ancestors and seek good fortune for the coming year for family and loved ones, all while enjoying the celebrations with family. The dates of the festival, based as it is on the lunar calendar, vary from year to year. Celebrations start on the first new moon of the lunar calendar through to the first full moon, 15days later.

While it is celebrated all over Asia, no 2 countries celebrate it in quite the same way. So, in this week’s edition we bring you the best Lunar New Year Celebrations in Asia to help you ring in the New Lunar Year enjoying some of the best parades and firework displays. If you plan to visit and observe the celebrations try to spare a few extra days before or after the holiday since many businesses and restaurants will close for the holidays. The best way to plan your travels to see the Best of Asia is to always book with the Secret Retreats Concierge so we can provide you with the kind of insider knowledge that makes travel fun, fascinating, stress free, and tailored to your taste.

Tết Nguyên Đán or Tết is the Vietnamese equivalent to Chinese New Year and is the most wonderful time to be in this fascinating Southeast Asian country. Ho Chi Minh City (HCMC) is the city that doesn’t sleep. The night life here needs no introduction – vibrant markets, incredible restaurants and amazing street-food, popup bars and parties to fine dining and creative cocktails, HCMC knows how to make the most out of life. On Lunar New Year’s Eve, you can choose between countdown at the bars, or head to the streets to watch the fireworks. Attending Nguyen Hue Flower Street Festival and Tao Dan Flower Festival is another way to celebrate Tết in a very local way. There will be beautiful flower decorations, mostly in shades of red and yellow as the two colours that represent Tết, lively folk music, games and a myriad of delicious dishes all served in a warm and welcoming atmosphere. Keep in mind that some shops and restaurants as well as entertainment places will be closed during the first few days of the celebrations. But with so much to see and do during Tết in the city that never sleeps, we can guarantee that the sensory overload that is the Tết celebrations will keep you entertained every minute of every day of your stay.

Most Koreans head back to their hometowns to celebrate the Lunar New Year with family. The celebrations start very early in the morning when families hold a ceremony to pay respects to their ancestors. Typically, they will dress in traditional Korean clothing, or Hanbok, and bow to an altar table set with all kinds of food including meat, fish, vegetables, and fruit.

After the ceremony, families will sit down to enjoy a hearty rice cake soup, or ‘tteokguk’, which symbolizes the addition of one more year to their age and luck for the coming new year. A fun fact…or not, depending on your perspective… is that the Koreans believe everyone ages one year at the start of the Lunar New Year celebrations. In Korean culture while people’s international age increases on their birthday like elsewhere, their Korean age — which starts at 1 year old on the day you born (South Koreans consider a year in the womb as counting) — changes at the turning of each Lunar New Year.

Seoul will be very quiet during this time as many families leave the city to visit their relatives, so many shops and restaurants close during this time for 1 or 2 days but that being said there are also places that remain open during this time so that you can enjoy some of Seoul’s attractions in a less crowded atmosphere, such as the 4 Palaces (Gyeongbokgung, Deoksugung, Changyeonggung, Changdeokgung) and the Jongmyo shrine.

With its brightly lit street lanterns and festive atmosphere, Singapore’s Chinatown is definitely the place to head to. Be sure to visit the historic enclave of Chinatown, home to the Chinatown Chinese New Year Festival. An annual extravaganza, this celebration will see the district’s streets lined with beautifully designed lanterns and luminous decorations.

Beyond Chinatown, visitors can go to two major events: the Singapore River Hong Bao Carnival, held at Marina Bay, and the Chingay Parade held in front of the Formula One Grandstand.

The Singapore River Hong Bao Carnival is a festival of Chinese culture with traditional Chinese stage shows, artists on hand to write your name out in traditional calligraphy and displays of giant lanterns that evoke Chinese history and holiday traditions.

Then there’s Chingay – a two-night parade and street party held towards the end of Chinese New Year. The parade welcomes thousands of performers from Singapore and abroad, with artistes coming from places as varied as Indonesia to Taiwan to Denmark.

The majority Chinese community on the Malaysian island state of Penang throw the country’s most boisterous Lunar New Year party – but it’s very much a family affair first and foremost. As the eve of the New Year begins, Malaysian Chinese converge on their ancestral homes for a feast, to gamble, and to celebrate the coming of the new year with their families.

Do not miss the light display at Kek Lok Si Temple during Chinese New Year, it’s absolutely spectacular. Throughout the holiday the temple lights up the night sky, with every inch of the grounds covered in colourful lights made up of 20,000 traditional Chinese lanterns and thousands of modern neon and LED bulbs. And on the sixth day of the festival, the Penang Snake Temple will celebrate its patron Chor Soo Kong’s birthday with a ‘fire watching’ ceremony and traditional Chinese opera performances.

Discover our Collection
in Penang
Discover Secret Journeys
in Malaysia

Bangkok is home to Thailand’s largest Chinatown and therefore takes happy responsibility for hosting Thailand’s biggest celebration of the Chinese New Year. While normally the festival is celebrated for three days, most excitement occurs on New Year’s Day, when members of the Chinese community take a day off to celebrate. During the day, folks will visit the temples to pray to the gods for good fortune and pay respect to the elders and ancestors, all the while parades start to fill the streets around noon. A cacophony of colour, noise and light, the streets will be filled with lion dancers, folks in traditional Chinese costumes and masks, firecrackers and a rich spread of food. Head to Yaowarat to see the best of Bangkok’s street celebrations.

The vendor-lined streets of Chinatown are decorated with the red lanterns and the stage is set near the Chinatown Gate for a vibrant parade with plenty of dancers, floats, lanterns, and drummers. Chinese New Year is celebrated with great pomp and show with the Thai-Chinese communities, as the parades and cultural performances highlight the legacy of Chinese culture in Thailand. The festivities are usually opened officially by one of Thailand’s Princesses, and she can be seen throughout the celebrations enjoying the fun. During the night the city is lit a beautiful shade of red as the parade charges ahead with its Chinese dragon lit up in colourful LED, acrobats spinning high in the air and musicians playing all through the night.

Discover our Collection
in Bangkok
Discover Secret Journeys
in Thailand

Ready for your next adventure? The Secret Retreats Concierge is ready and waiting to assist you with planning your holidays for the coming year to Asia. Contact the concierge team on dream@secret-retreats.com.

Last but not least, may we take this opportunity to give our Best Wishes to you and your family for a Very Happy, Healthy, and Successful Lunar New Year.