There are 37 UNESCO World Heritage Sites across 11 countries in Asia, all with something individual and amazing to offer visitors. Here are five of our favourite places, guaranteed to whisk you away in the wonder and history of our magnificent planet and the staggering accomplishments of humanity. 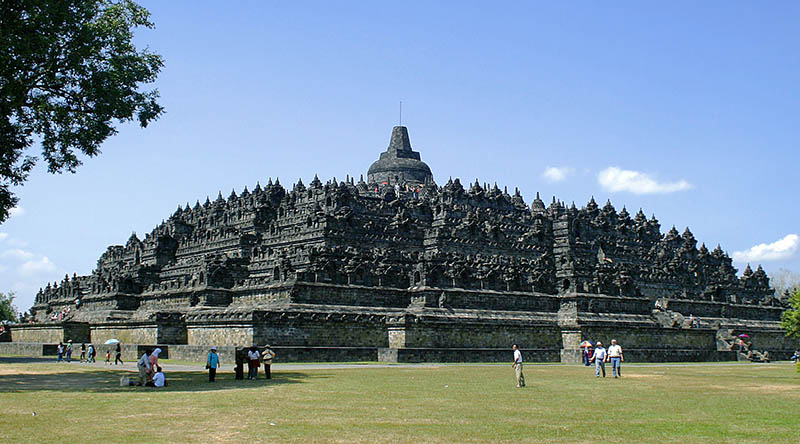 Located on the island of Java, Indonesia and granted World Heritage Site status in 1991, Borobudur is the largest Buddhist structure on earth. People come from all corners of the globe to visit this site, not just because of its breathtaking grandiosity but also because it has a number of differences when compared to other Buddhist temples and is uniquely constructed.

Borobudur dates from the 8th to 9th centuries and covers an area of 2500 square metres. There is the main temple (Borobudur Temple) and two smaller temples, Mendut Temple and Pawon Temple. All in all, estimated to have taken 75 years to construct, its construction represents Buddhist cosmology with the three levels symbolic of the three worlds as follows; Kamadhatu (Desire), Ruphadatu (Forms), and Arupadhatu (Formlessness). As a result, some scholars view this temple as a kind an architectural Buddhist textbook, which plays out across its vast structure and through the hundreds of detailed relief panels and statues throughout. When visiting it is difficult to comprehend that such an enormous structure was actually overtaken by vegetation and hidden from the human eye for so many centuries, until 1814 when the English Governor Thomas Stamford Raffles organised a team of about 200 men to uncover this mysterious temple.

Indulge yourself in a truly immersive historical experience by visiting this amazing compound and nourish your soul with a climb to the top to its pinnacle to appreciate the serenity and dramatic views.
Where to stay nearby: Mestastila Resort 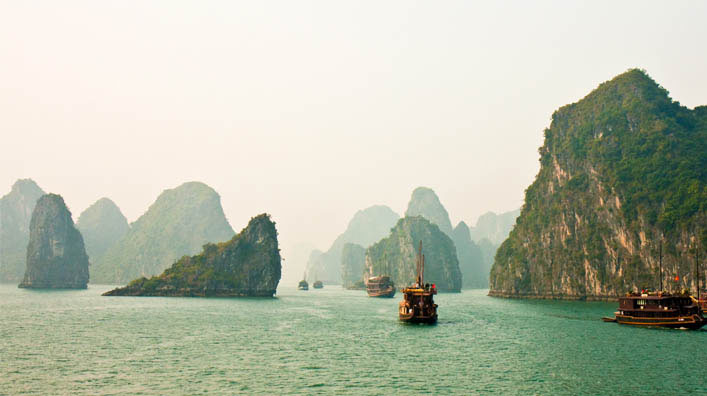 Ha Long translates as “where the dragon descends into the sea” and its creation according to legend has it that a sweeping dragon carved out the rocky landscape with its writhing tail only for the crevasses to be filled up with water when it finally crashed into the sea. If you visit Ha long By you will understand that it is a believable tale to explain the home of such dramatic scenery. Around 1600 limestone structures show their white stone through rich foliage whilst towering out of the deep green water. Witness isolated sheets of rain which can gently sweep across the bay in a magical and romantic display and on sunny days best found toward the end of the year, the scenery can be incredibly vibrant with the intensity of the mysterious emerald water contrasting the white sands and blue skies.

Ha long bay is home to many hidden beaches and grottoes, and to a small community of four fishing villages with a population of around 1600 people living in their element, on floating houses in the bay. Take a relaxing boat trip through the serenity and magnificence of Ha long Bay and you’ll realise why it well and truly deserves its UNESCO status. 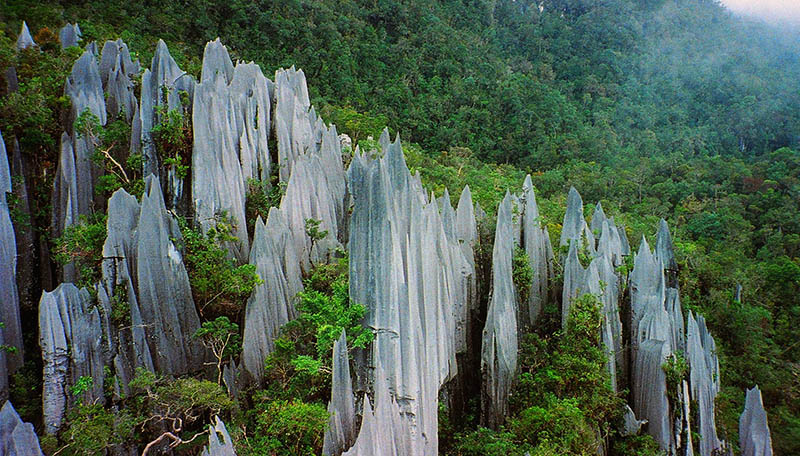 Gunung Mulu National Park on the island of Borneo is a pristine example of equatorial rainforest, is home to the world’s largest cave chamber, The Sarawak Chamber, and the longest cave in Southeast Asia known as Clearwater Cave. Expanding across vast, incredible, untouched wilderness, the beautiful landscape of this national park is home to many rivers and streams and three mountains named Gunung Mulu, Gunung Api and Gunung Benarat. The most striking feature of this national park is the amount of beauty that lies beneath. Some estimates predict that only 40% of the networks of underground caves have actually so far been surveyed, adding to the mysterious uncharted charm of the place. Gunung Mulu is home to such a wide array of biodiversity that it is the most studied tropical karst area in the world. 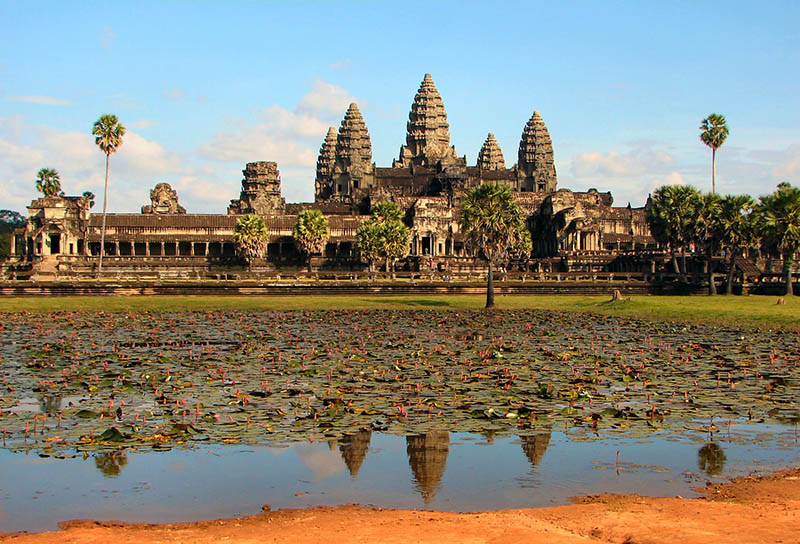 Towering over the floodplains of the Mekong River and only minutes from the capital of Siem Reap in Cambodia, lies the awe-insipring “Seventh Wonder of the World”, Angkor Wat. Angkor Wat, aka the “Temple City” is considered to be the largest religious monument in the world, covering an almost incomprehensible 208 hectares (or 500 acres). A site which is so intriguing, that it somewhat miraculously appears to be just surrounded by water when actually the structures of Angkor Wat are actually floating on a swamp.

Built somewhere between 800AD and 1300AD, Angkor Wat is living testimony to the absolute wealth and power of the ancient Khmer Empire. The physical layout of this massive area and the constructions themselves also symbolise a miniature reproduction of the universe. The central tower actually climbs to twice the height of The Tower of London, and represents the mythical mountain of Meru at the centre of the universe, whilst the surrounding towers represent its peaks. The outer walls are said to illustrate the edge of the world and the water is representative of the ocean which lies beyond the edge.

A miraculous feat of ingenuity, unbelievably massive and with mind boggling intricacy, its scope and beauty are truly hard to comprehend just from photography. To many, a visit to Angkor Wat is just as enthralling and impressive as visiting the Pyramids of Egypt.
Where to stay nearby: The Samar 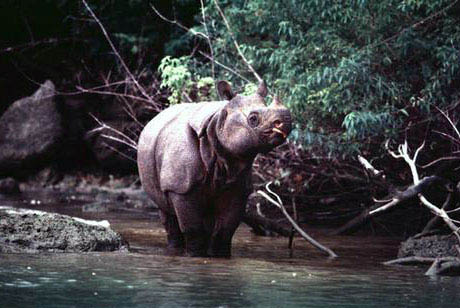 Located on the south-west tip of Java is the Ujung Kulon National Park, also home to the famous volcano Krakatoa which erupted so dramatically in 1883. Since the eruption the area has continually evolved, hosting an incredible amount of wild, natural diversity, both flora and fauna. Ujung Kulon is home to a number of endangered species of plant life and animal life, most notably the single horned Javan Rhinoceros which is the rarest large animal on earth.

The park is rife with lowland rainforest, grasslands and swamps and also houses coral reefs on the peninsula. It is indeed a wild and wonderful place to experience untamed nature at its most charming and menacing.