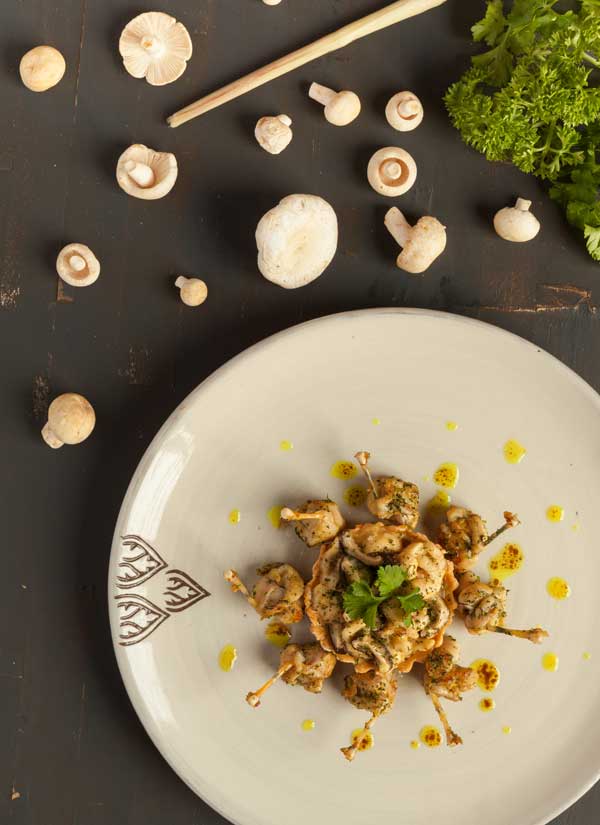 With tables mainly outdoors on the patio of a blandly contemporary two-story house, and a name that nods to its initial incarnation as a noodle shop, Mie Cafe would appear to be a casual dining spot.
But there’s nothing casual about the cooking.
It’s so serious, in fact, that the a la carte menu strains to outdo even Cuisine Wat Damnak in its complexity and innovation.
The results may be a bit more hit-and-miss, but they’re never boring and always worth a try. Chef-owner Pola Siv spent nearly a decade doing odd kitchen jobs overseas and obviously savors the freedom to do what he wishes on his return home.
How about some ratatouille with pineapple and local sausages served with locally made burrata cheese? Mekong langoustines served on pumpkin puree?
Learn here what “korkor” curry really is (hint: yellowish and great over fish or chicken).
Oxtail is stewed in espresso coffee and served with smoked radish and dipping herbs.
And you’ll find a very Cambodian protein — a powder made from red ants — applied in most unusual ways. There’s even a vegan menu.