Anyone who loves a curry will be familiar with the bright orange/yellow-coloured powder called Tumeric. Also known as “Indian saffron,” turmeric is a product of Curcuma longa, a perennial plant that belongs to the ginger family, native to tropical South Asia. Turmeric has a very long history of medicinal use that dates back more than 4000 years; in India and Southeast Asia, turmeric is used not only as a principal culinary spice but it also holds significance in religious ceremonies. 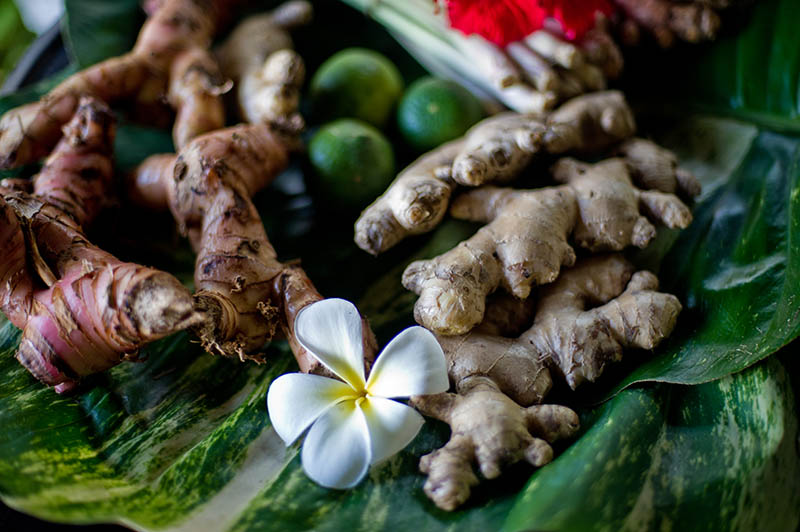 Turmeric appears in some of the earliest known records of plants in medicine. It was reportedly listed in the Ebers Papyrus from Egypt, circa 1500 BC, for use as a dye and in healing wounds. This is one of the earliest surviving records of medicinal plant use and it is believed to have been cultivated in the Gardens of Babylon, one of the Seven Wonders of the Ancient World, possibly as early as the 8th century BC. Closer to its origin, turmeric was an important healing agent in Ayurvedic medicine (the traditional Indian system of medicine) and Unani medicine (the traditional system of Arabian medicine observed in South Asia), and was listed in an Ayurvedic compendium text around 250 BC. Some four centuries later it was included in what is considered to be the world’s first pharmacopoeia, the Tang Materia Medica, compiled in China in 659 AD. In 1280, Marco Polo described this spice, marvelling at a vegetable that exhibited qualities so similar to that of saffron. Arab traders where among the first to bring this powerful herb into Europe and around the 14thth century the popularity of turmeric spread into western culture.

As many as 133 species of Curcuma have been identified worldwide, and most of them have common local names and are used for various medicinal formulations. The turmeric plant needs temperatures between 20°C and 30°C and a considerable amount of annual rainfall to thrive. Individual plants grow to a height of one metre, and have long, oblong leaves. The rhizome, from which the turmeric is derived, is tuberous, with a rough and segmented skin. The plants are gathered annually for their rhizomes and are reseeded from some of those rhizomes in the following season. As with ginger, the rhizomes mature beneath the foliage in the ground and are yellowish brown in appearance with a dull orange interior that resembles that of a sweet potato. When the turmeric rhizome is dried, it can be ground to a yellow powder with a bitter, slightly acrid, yet sweet, taste.

India produces nearly all of the world’s turmeric crop and also consumes 80% of it. With its inherent qualities and high content of the important bioactive compound curcumin, Indian turmeric is considered to be the best in the world. 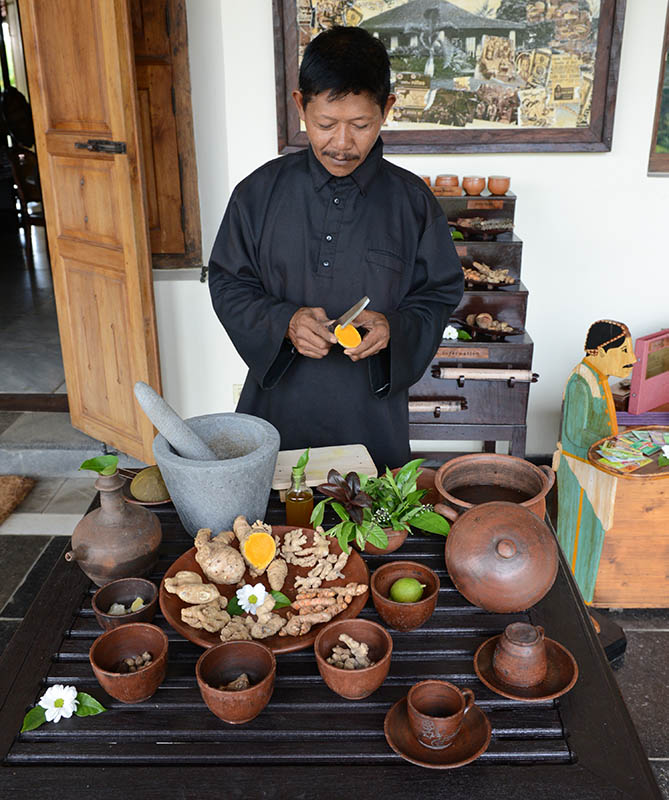 Turmeric has numerous uses in Asian cuisine. As a spice in South Asian and Middle Eastern cooking, the sunny coloured turmeric lends curry its distinctive yellow colour and flavour. It is used in savoury and sweet dishes and is widely used in Eastern specialties such as fresh turmeric pickle. The reported consumption of turmeric in Asian countries in humans is in the range of 200–1000 mg/day and due to its vibrant colour, turmeric can be used as a dye in fabrics, a practice that dates back to the Assyrians. During traditional celebrations in countries such as India, Nepal and Pakistan, turmeric is used as body paint and is associated with fertility and prosperity, often applied to a bride as a good luck ritual before the wedding ceremony.

Turmeric is also put to use in manufactured foods and even cosmetics. It is used as a colouring agent in cheese, butter, canned beverages, dairy products, baked products, ice cream, yellow cakes, yogurt, orange juice, biscuits, popcorn, sweets, cake icings, cereals and sauces, and is a significant ingredient in most commercial curry powders.

As a medicine there are nearly 3000 pre-clinical studies investigating its benefits and method of action, making turmeric one of the most thoroughly researched sacred plants in the world. It’s been the topic of many peer-reviewed papers and published studies, and many cite its main component, curcumin, as being the source of its therapeutic properties. Turmeric has proved its value as an anti-inflammatory, antioxidant, digestive aid, skin remedy, an adjunct treatment for cancer as well as a prevention for many ills of modern life such as heart disease, diabetes and certain auto-immune conditions. The list of aliments that are suggested to be cured or helped by turmeric is indeed extensive. 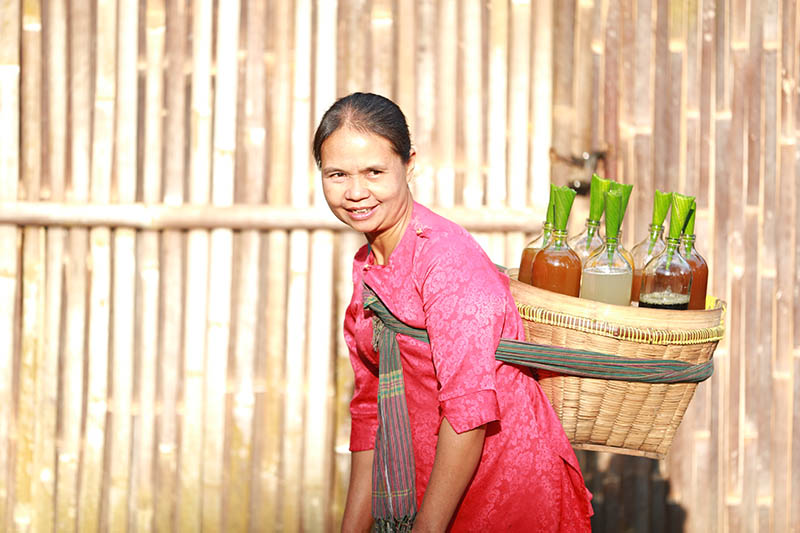 This ancient knowledge of turmeric has been understood in Central Java for centuries and has made its way to Bali. Known locally as Jamu, a glass of turmeric juice is available at many a warung or traditional market, and now hip health cafes. A good Jamu is made from a blend of fresh turmeric (called Kunyit by the Indonesians), tamarind, ginger and fresh lime juice. Varying “secret recipes” add extra tastes with sweeteners such as honey and coconut nectar, or a bit of salt for some kick and many Westerners have fallen in love with the rich, zingy taste of Balinese Jamu.

Try making some of your own medicinal turmeric juice at home, or, the next time you are in Bali, order it as a nice long, cold drink. It’s delicious – and so good for you, you will find yourself craving it more and more. 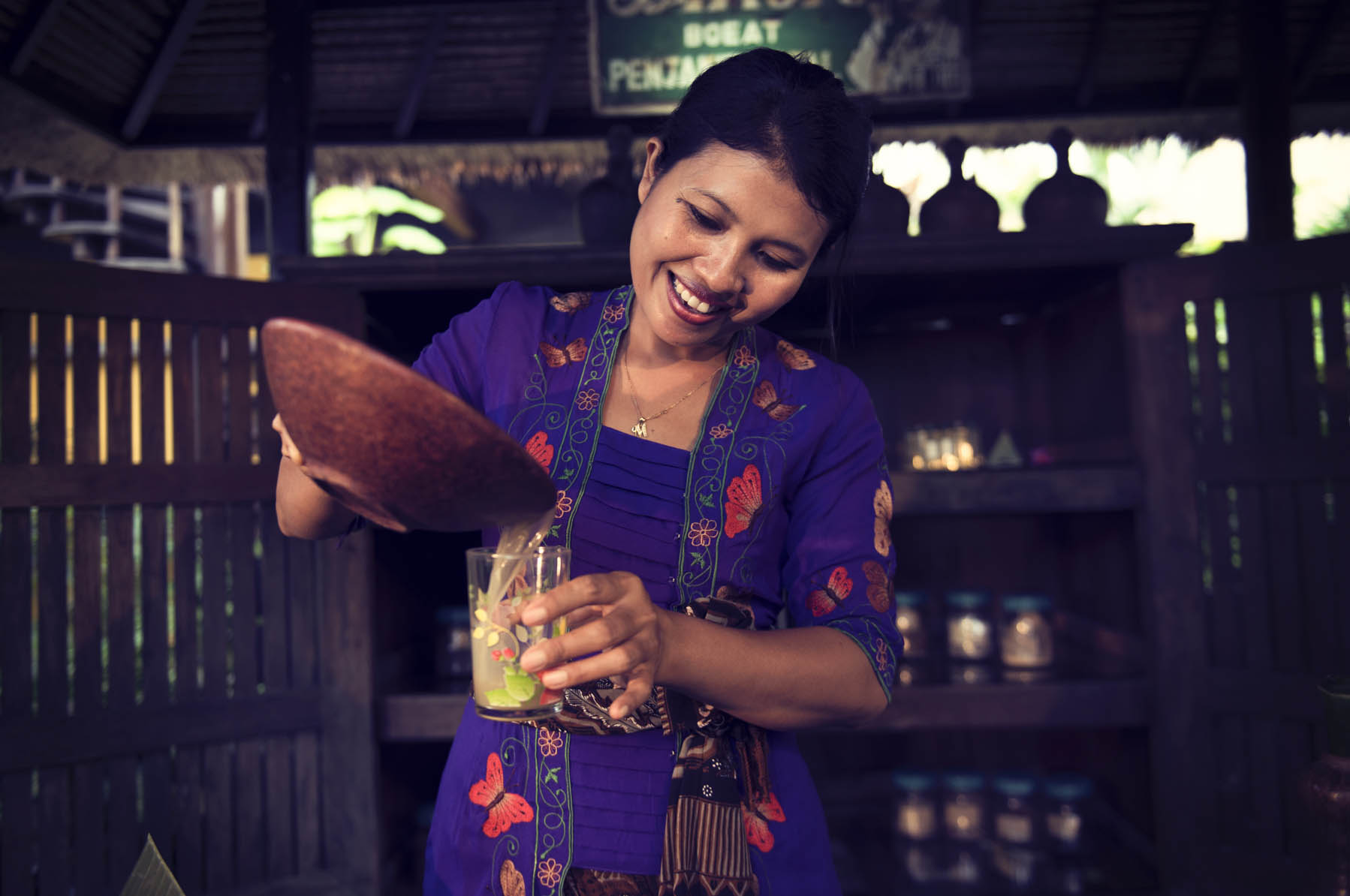