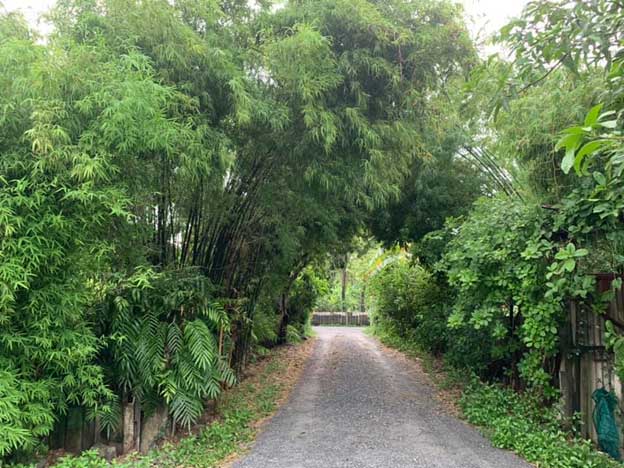 What makes Bangkok special? For most it’s this mix between old & modern world which sets this city apart. It’s not as developed like counterpart cities in Asia such as Singapore, Tokyo, Hong Kong, Shanghai & Seoul but with a more modern and better infrastructure than cities like Saigon, Phnom Penh. Yangoon, Kuala Lumpur and so forth. It settles in the middle of the hierarchy, as it does with costs of living but exceeding most cities quality of life.

One problem that every mega city faces is the lack of green space for nature to be nature. But is there a place in this city besides the public parks or the green lung that can bring you back in time to see how things used to be? 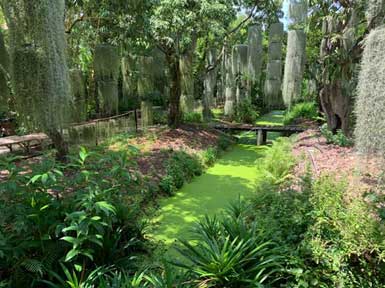 “A reflection of the beautiful, traditional ways of life is found at Poomjai Garden in the old Bang Khunthian, Jomtong area about 10 minutes away from Sathorn, Saphan Thaksin!”

Poomjai garden is a private property owned by Ms. Porntip Thiensup, spreading over 12’800 sqm of beautiful farm land with waterway access & has been in the same family since granted to her family during the reign of King Rama V. This land back then was mainly owned by wealthy people who cultivated gardens & were known for growing the Bang Khunthian lychee, which has a long history dating back to King Rama III’s reign. This rich tradition has sadly faded away over time & the numbers of growers of the Baan Khunthian lychee has declined vastly up to this date.

At Poomjai Garden you will find over 150 lychee trees which are all over 100 years old, another very interesting side note is that this special type of lychee can only be harvested every 3 or 4 years. They are less juicy than the commonly found lychees but quiet sweet with a hint of acidity because they are grown in the slightly saline soil found in Bang Khunthian. The idea to preserve this lychee variety started about a decade ago when several trees on her land started dying. 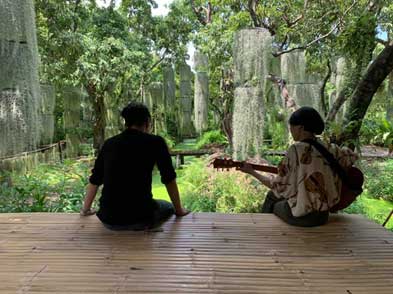 Ms. Thiensup & her family have brought this beautiful land back to life, with a lot of passion, an unmatched dedication & a lot of hard work. The garden has opened it’s doors to the public in late 2017 after a long and intense clean up period.

Enormous trash disposals were necessary, removing undergrowth, improving the soil and nursing the fruit trees back to life — or replacing them in some cases. 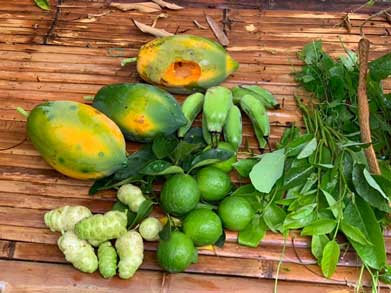 These were the challenges before this stunning sanctuary could open its gates for everyone who appreciates and loves nature. Today the garden has a huge variety of local fruits, herbs & flowers, which gives visitors a chance to pick their own ingredients & prepare traditional Thai recipes or attend one of the cooking and agriculture workshops held on site. The entrance fee per person is 300b and includes tasty refreshments & a tour around the property. An outdoor coffee shop that is currently under construction and will open later this year serving local coffee and sweet treats.