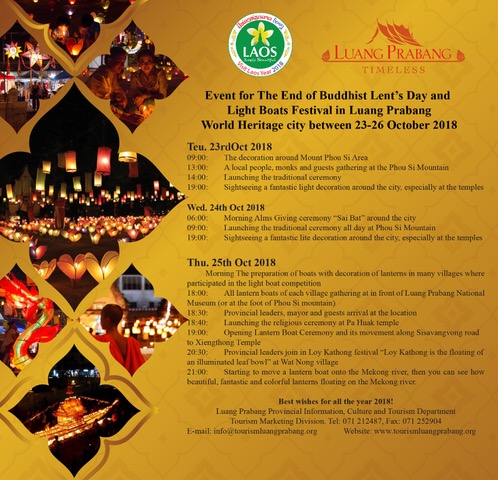 Saturday 20th October Join Chef Khamphaeng from Le Calao Restaurant to indulge your flavour sensations on International Chef’s Day.
The Chef’s elegantly designed 8 course Laotian tasting menu features dishes based upon his favourite childhood memories, learned from cooking his grandmother’s family recipes.
Enjoy one of his specialties, the Pork Lakou – a dish inherited from the French colonial period. ‘Lakou’ is how the Lao people have learned to pronounce the word ‘Ragout’ over time. Pork Lakou is considered a delicacy amongst the local people, often served during special occasions such as weddings. 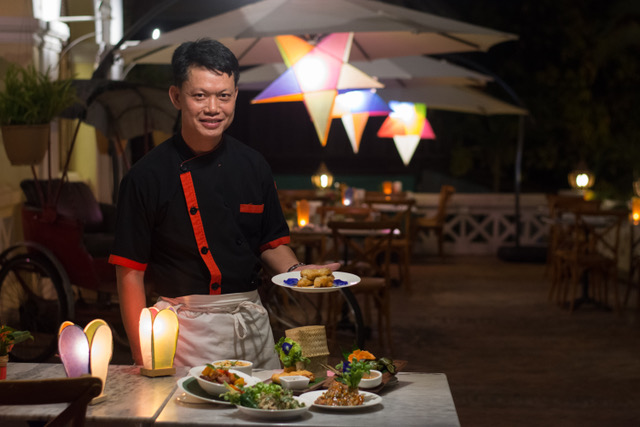 Located along the lush banks of the Mekong River, Le Calao will feature Chef
Khamphaeng ‘s menu from October 20-25th.

For those who dine in-house on the 25th, the restaurant will provide a kratong to illuminate and float during the full-moon Light Boats Festival.

October 25th, celebrate BOUN LAI HEUA FAI and for those who dine in- house, the restaurant will provide a kratong to illuminate and float along the Mekong at night, during the full-moon Light Boats Festival.

Pay homage to the Lord Buddha, and to the rivers, especially the Mekong River, which literally means Mother of All Things.
This is a night to ask the river and divinities forgiveness for the misuse of the water.
At the moment you release the Kratong, say a prayer to send away all the bad things and bring about good luck.

To ensure you don’t miss out book at www.secret-tables.com/lecalao
#secrettables