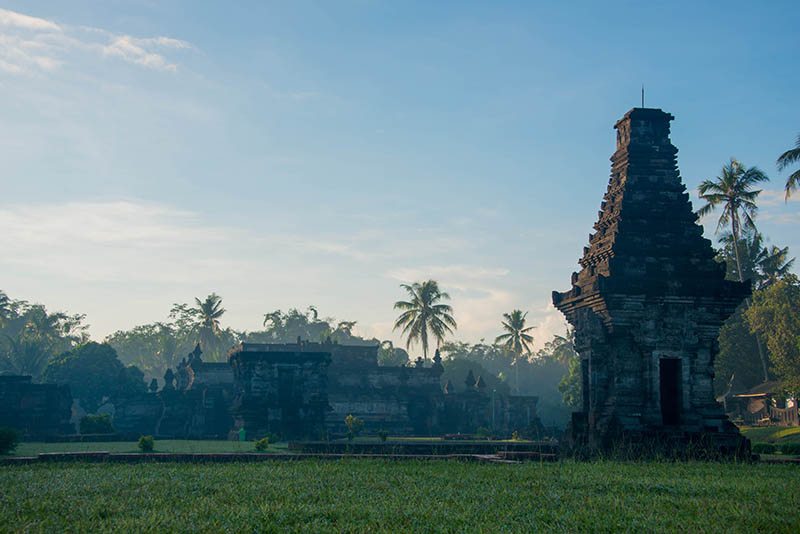 The largest and most important Hindu temple complex in East Java

Just 10 Kilometers north of Blitar (East Java) on the lower slopes of Mt. Kelud, the temple is said to be dedicated to the Siva and has been used for at least three hundred years, from the 12th to 15th centuries. Most of the buildings, which can be seen today, however, were constructed during Majapahit’s golden century, one of the last major empires of the region and considered to be one of the greatest and most powerful empires in the history of Indonesia and Southeast Asia, one that is sometimes seen as the precedent for Indonesia’s modern boundaries
A number of small buildings are scattered within a sacred, walled enclosure, with the largest and most important temple at the rear of the complex, Hindu legends, among them the Ramayana epic, are carved in relief on the temple walls and terrace foundations.
Penataran Temple can be visited while staying at Hotel Tugu Malang.