The team at Muang-La Resort has written an interesting review on minority tribes in Laos that we are pleased to share here.
A true mosaic of ethnic groups, Laos has 130 different ethnic tribes divided into four language groups. Some of the tribes may only have a few hundred members and are only found in Laos. These smaller tribes are considered to be in danger of being engulfed by more dominant larger groups. If this happens, then their language and customs will disappear. For those who don’t have any written records, this disappearance can happen very quickly.

Today, there are around six million people spread across 16 provinces. The Lao government has tried to simplify the diversity of ethnic groups, by nominating three main groups determined by the altitude of where they live: 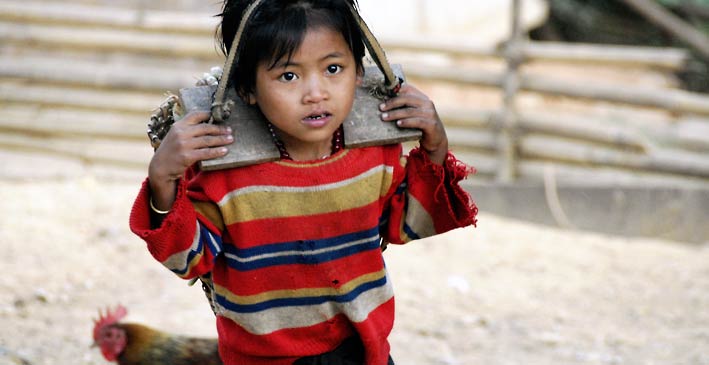 But this classification is hardly ever used so instead, here is an overview of the distribution of linguistic groups:

The largest group in Laos
Consists of people from these tribes – Lao, Phutai, Phouane, Tai Nyo, Tai Deng, Lue, Thai Khao, Thai Dams
Their origins go back several centuries to the conflicts with the Mongols, the Hans and other Chinese groups
They come from the North (Yunnan Province of China)
Characteristics include:
– Permanent villages that tend to be larger than those of the other groups
– Traditional housing is made of wood & bamboo on stilts
– Food is based on sticky rice
– Agriculture is based around rice paddy-fields
– Buddhist with a belief in spirits 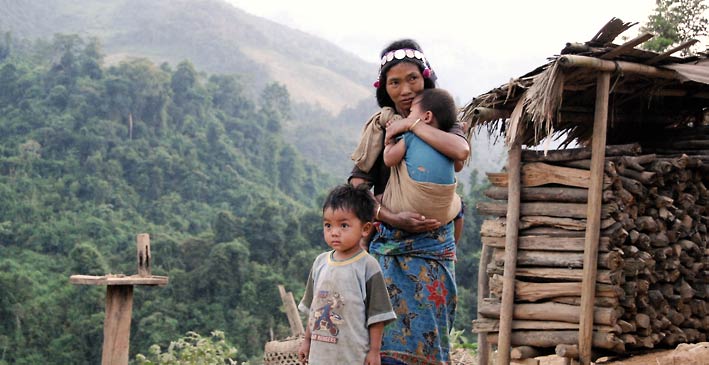 Made up of 47 tribes
Language is taken from Mon & Khmer
Consists of people from these tribes – Khamu (Ou, Lu, Rok & Me), Lawen, Taoy, Katang
Came to Laos from the south over 10 centuries ago
Characteristics include:
– Houses built on stilts that are shorter than those used by the Tai-Kadai
– No writing
– Religion is animist and shamanist
– Strong community spirit
– Slash & burn culture
– Drink rice beer from small earthenware jars

This linguistic group came from China to the north of Laos between 1815 and 1900
Consists of people from these tribes – Hmongs, Yao Mien, Lao Huay (Lenten), Pana
Hmongs originate from the high steppes of Tibet.
Largely independent people
Characteristics include:
– Houses built from wooden and bamboo on the ground
– Adoption of the Chinese writing
– Animist religion with worship of ancestors
– Clan unity is very important
– Burn land to cultivate rice, corn and the poppy. 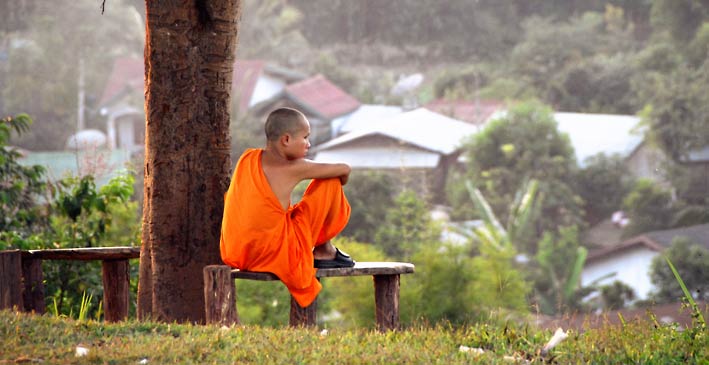 This linguistic group is essentially formed from the Tibeto-Burman language The least developed group living only in certain parts of the country
Consists of people from these tribes – Ikhos (Akha), Lahu, Pounoys
The Ikhos came from Yunnan & Tibet at the beginning of the 19th century
The Pounoys were the first tribe to move into Laos; coming from Burma in the 16th century
The Ho people, originally from China were the last to arrive in Laos
Characteristics include:
– Houses built from wooden and bamboo on the ground
– No writing
– Complex animist religion based on spirits & souls
– Burn land to cultivate rice & poppies
– Hunter-gatherers 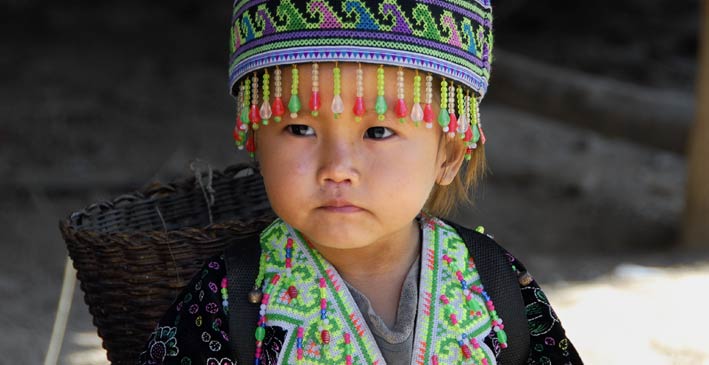