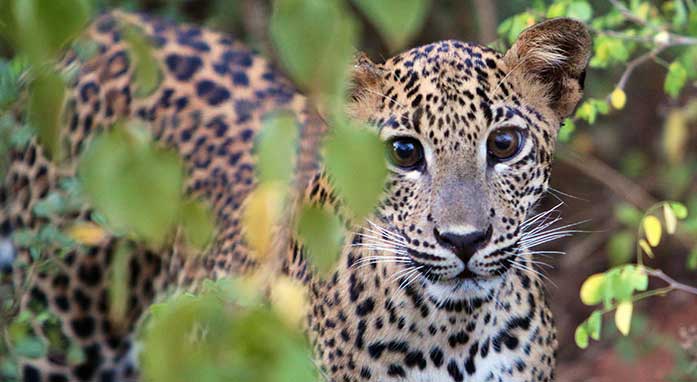 Besides serving traditional Sri Lankan cuisine using seasonal vegetables and fruit that they buy from local farmers, Noel Rodrigo’s Leopard Safaris avoids plastic, and uses natural and recycled materials wherever possible including stainless steel and glass water bottles. Recently, they even built a wall in their lounge from empty wine bottles and clay instead of concrete. The eco-friendly concept camps’ decks and furniture were all made with either rejected timber or recycled wood, and their main source of power is solar. They use a solar pump to pump water to showers and to heat the water in the luxury lodge tent. The water for the mobile tent showers is heated manually on a wood fire. They also have a dual-battery system in the safari jeeps to allow the batteries to be charged while on safari. The power from those batteries is then used to run the kitchen’s freezers and refrigerators.

Noel Rodrigo’s Leopard Safaris financially supports the Wildlife and Wilderness Conservation Trust’s (WWCT) Leopard Project by donating a percentage of each guest’s stay to them. They also give them leopard sightings data. In addition, they help build a roof or playground, get electricity, sponsor school concerts, and get the children to participate in nature themed drawing competitions in the poorest schools. They also aid locals. Near the Yala camp there is an old couple that sells herbal tea to pilgrims from their run-down home and shop. Noel Rodrigo’s Leopard Safaris takes guests there to sample the tea. They also bought the couple roofing panels to replace their old leaky roof. Moreover, each year they donate a complimentary stay that is auctioned off at the Half the Sky Foundation’s annual charity auction. 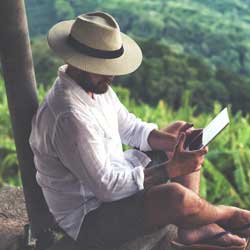 “Gain unique insight into Sri Lanka’s leopards, sloth bears, elephants, deer, birds, reptiles and other wildlife from eco-friendly, non smoking, movable camps that leave nothing behind when the tents are packed away. Located in the buffer zones of two national parks (Yala and Wilpattu), the all-inclusive experience includes all meals, game drives, and park entrance fees amongst others.”
Kim, the discoverer.