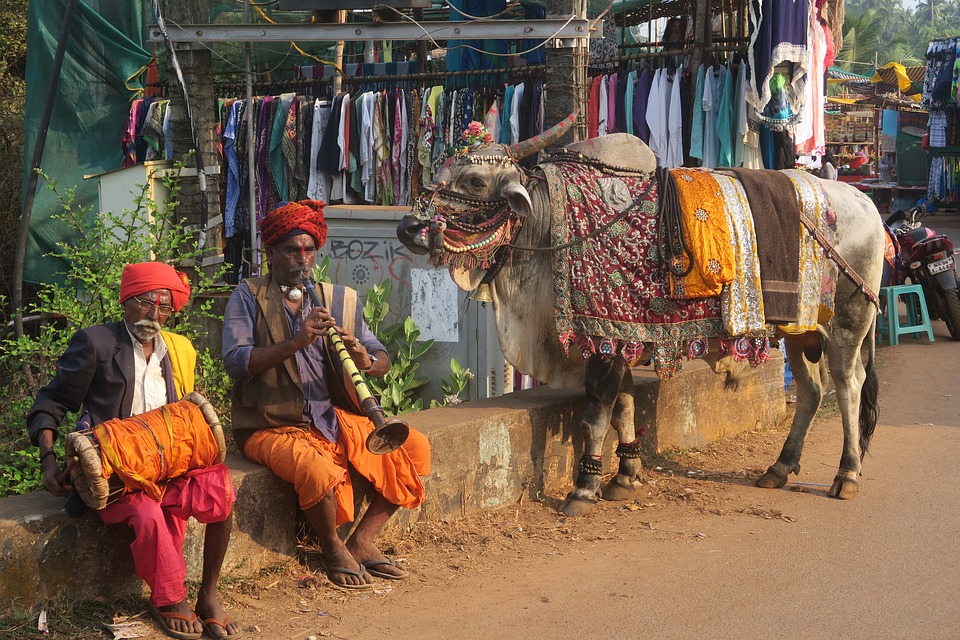 Sounds of the Region

Asia is an exotic and mysterious region, known for its enormous variety of unique and ancient cultures, incredible cuisines and stunning scenery from marine to mountain high. Asia’s fascinating variety of cultures can be explored through their music and their unique musical instruments. Different forms of music and the various instruments used to create it, have in many cases spread beyond the country of its origin, accompanying people as they moved across the region. Many of the countries of Asia have absorbed cultural and artistic influences from both China and India while also expressing their own unique expressions in art and music. From ensembles of gongs with their vibrations creating an absorbing atmosphere as they accompany Indonesian religious rituals, to the frantic crescendo of reed instruments that accompany Thai martial arts, Asian music is both an immersive and celebratory experience. In this edition, we share with you some of these uniquely Asian musical instruments. Why not make it your mission on your next trip to Asia to seek out and experience the sounds and good vibrations of the remarkable musical instruments featured in this week’s newsletter

The krapeu is a fretted floor box zither with 3 strings that the player sits beside and typically uses the left hand to fret the notes, and the right hand to pluck the strings. The 12 frets are graduated in height from 2 to 3.5cm from the fretboard, so it takes a skillful and well-practiced player to apply just enough fretting pressure to keep their fretted notes in tune. The instrument is believed to be of Mon origin. Or possibly has its origins in the royal courts of Angkorian Cambodia from a monoxyle (carved from a single piece of wood) and more literally crocodile-shaped zither, with open jaws and stylized crocodile body. There are similar instruments found across the region in both Thailand, where it is known as the Chakkre (referencing the crocodile again) and Myanmar where it is known as the Kyam. Today the Krapeu can be heard accompanying weddings, celebrations and playing within traditional Khmer orchestras.

Suling, or seruling, is the Balinese word for flute. Unlike flutes in the west where the mouthpiece is on the top and blown side-on, the mouthpiece of a Balinese flute is at the end of the flute, rather like a whistle, with the player blowing down through the flute. Made from bamboo, the Suling can vary in size and scale, from as short as 20cm long to as long as a metre or more. As one would expect, generally the shorter the suling the higher the pitch. High register suling can either be played solo or with a gamelan ensemble. The low register suling, which are so long the musicians have to rest the end of the flute on the floor, the players have to master the art of circular breathing to create and maintain the dramatic tension that accompanies the percussive gamelan instruments. With such a variety of Suling they are the most common type of flute found in Bali and wider Indonesia and with a flute for every occasion, whether played solo, in duets or as part of an orchestra.

The Dabakan is a single headed goblet shaped drum with an animal hide stretched on the top to create the drumhead. The animal skin used may come from a goat, deer, lizard, or even a snake. A floor standing drum, the Dabakan is struck with two thin bamboo sticks and produces a sharp, taut and snappy sound. Carved from a single trunk of wood the sides of the drum are ornately carved. The name, Dabakan, possibly derives from the word ‘dbak,’ which is of Arabic origin and means to strike or beat and possibly shares a heritage to the Middle East’s own goblet drum, the ‘dombak’. The Dabakan’s crisp rhythmic patterns are employed by the Maranao and Maguindanao peoples of Mindano in their Kulintang drum and gong ensembles. Traditionally, it is considered as a masculine instrument by the Maranao people but for the Maguindanao people, the Dabakan is considered to be a feminine instrument.

The Khong Wong Yai is a musical instrument made up of 16 bossed gongs. Typically made from brass, the tuned gongs are set in a base made from rattan that almost completely encircles the player. Also known as ‘the circle of gongs’ the player beats the gongs with 2 long handled and covered beaters. The gongs are all the same size and tuned by the application of beeswax in the underside of the gong. Soft and percussive, the bell-like tone of the gongs can resemble both that of a steel drum and a xylophone. Often played in a Thai classical music ensemble known as a Phipat Ensemble, the sight of a Khong Wong Yai player working their melodious magic from within the circle of sound is quite mesmerizing and definitely a sight and sound well worth seeking out.

A single-stringed musical instrument, the Đàn Bầu is beguilingly simple yet for many it’s tone carries with it the essence of Vietnam, it’s culture, it’s history and it’s traditional character. A single note, under the fingertip of an expert player, can provoke so much reverie, the Đàn Bầu is a maker of dreams. Đàn, meaning a stringed instrument, and Bầu, which means gourd, the name perfectly describes the instrument’s appearance. Known as a gourd zither, or a mono-chordal zither, the Đàn Bầu is made from a soundboard serving as its resonator, a flexible rod, gourd, string and a tuning peg. Though originally, the instrument was made of just four parts including a bamboo tube, a wooden rod, a coconut shell half, and a silk string. Typically today Đàn Bầu are strung with steel guitar strings. The string runs across the bamboo and is secured on one end to the rod, which is perpendicularly attached to the soundboard. The player then plucks with their right hand at different points along the string’s length to create a note, while working the rod with their left hand to stretch or slacken the string. The frequency and pitch of the note changing with it’s relative position to the rod and with the string’s tension changes. The rod’s flexibility is used to locate other notes within the scale and to create that wonderful almost singing tone with vibrato and slurs on the plucked notes.

Emblematic of Vietnamese identity, its haunting tone conjures up romantic images of karst limestone mountains becoming visible through the morning mists rising up from the breathing fields of life-giving rice. Or it does for me at least, as the first time I heard its almost mournful cry was during a bike trip through the Tonkinese Alps, more than 7000 beautiful Asian sunrises ago.