It Stinks! But you CAN Eat It – Foodie Adventures in Asia 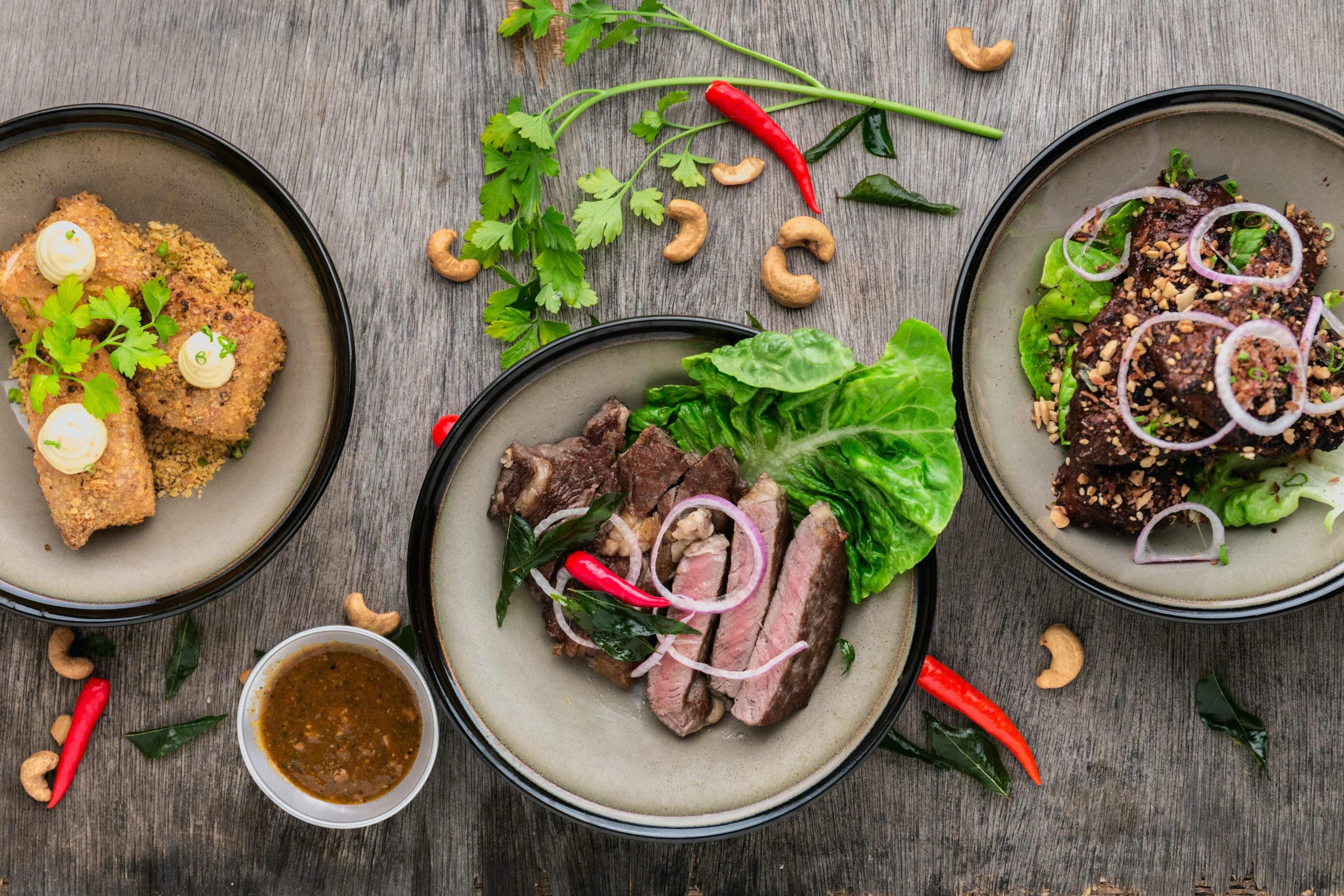 Discovering and experiencing local foods should be a big part of any journey. Notice the lack of the use of the word ‘enjoying’ in that sentence. What a word that is, well enjoyment comes in many flavours, and while it’s true that one person’s meat is another person’s poison, the revelation of the Marmite Moment has introduced many of us to new and exciting flavours and cuisines. This is the beauty of experience, if you don’t try you’ll never know, and especially so with adventures in food and cuisine when travelling our wonderful world.

To truly experience a culture, you need to immerse yourself in some of its rituals, and the ritual of eating is perhaps the most important, the most fun, and certainly the most delicious. One thing is for sure, foodie adventures in Asia are ALWAYS memorable, for the sights, the tastes and the smells. Dining and food give rhythm to all aspects of life across Asia, dining that follows the seasons, special dishes only eaten at particular festivals or occasions, and the great excitement when rare delicacies come into season from the Shirako season of Japan (fish sperm) typically harvested December to February, to the Red Ant Eggs of Northern Thailand harvested March to May. And a great importance is attached to so many of the ingredients and dishes, even if some of them stink to high heaven. There is no middle ground with the Marmite Moments in Asia, you are either going to really love it or really hate it.

In this week’s newsletter we share with you our pick of some of the smelliest, but delicious…no, really… food in Asia. Sure, thanks to their unique aromas they are maybe not easy to try, even for the true foodies and gourmets amongst you. Challenge yourself and challenge your palate, just hold your nose and tuck right in.

Nattō (fermented soybeans) is a sticky, stringy bowl of goo that has the delicious scent of old socks. Think gym bag, left to ferment in a hot car for a week. You’d think that would turn children off, but no! Natto is a super-popular breakfast, and Japanese school students love to eat it as a snack. The origin of natto is obscure. Legend has it that it was discovered accidentally in northeast Japan by Minamoto (Hachimantaro) Yoshiie when warm, cooked soybeans, placed in a rice-straw sack on the back of a horse, turned into natto. The warmth of the horse helped the fermentation, well, he didn’t have a gym bag and hot car in those days now did he!

You may wonder why someone might choose to eat something called a stink bean that smells like…well, there’s no nice way to put this, like someone just let rip/opened their lunch box/trumped/dropped a raspberry tart. Well, it’s been said that they are very good for your health and they are, once you get past the smell, very moreish. Which is why they show up in so many Southeast Asian stir-fry dishes from Malaysia and Southern Thailand and Burma, to Indonesia and the Philippines. Stink bean, also known as parkia speciosa, sah-taw, petai, peteh, bitter bean, smelly bean or twisted cluster bean, grow hanging from a petai tree. The beans are in pods, growing in clusters of 7 or 8 pods all twisted together, hence the common name of ‘twisted cluster beans. Traditionally considered particularly good eating as a tonic for those suffering from diabetes or kidney complaints, the beans are in fact rich in protein, fat, carbohydrates, minerals and vitamins, particularly high in vitamin C and vitamin E.  Due to their unique aromas they are best eaten stir fried in rich curry pastes and paired with other robust ingredients like garlic, chillies, and the equally smelly deliciousness of shrimp paste.

If you’ve ever walked the foodie heaven of a Taipei night market and noticed a smell similar to a garbage dump, well, unless it was a Wednesday, it was probably stinky tofu. This pungently aromatic dish is a street food that is popular throughout China, Taiwan, and Hong Kong. True to its name, the Taiwanese stinky tofu is as stinky as it gets. It’s truly the stink king of stinky tofus. Another one of those old sock aromas, the aroma is somewhere between a good blue cheese and a well fermented sport’s sock. Think of the silver lining here, every time you open that gym bag you will be overcome with nostalgia for your foodie trips in Taiwan – Taiwan really is a foodie heaven by the way.

But unique aromas aside, it is one of the most iconic and popular Taiwanese street-food dishes. There is no one-way for producing stinky tofu, so there are lots of variations from kitchen to kitchen and region to region for this Taiwanese Marmite Moment. Traditionally it is made by fermenting fresh tofu for several months in a brine of fermented milk, vegetables, and meat. Variations include brines with dried shrimp, amaranth greens, mustard greens, bamboo shoots, and Chinese herbs. The brine fermentation can take as long as several months. The stinky tofu is served either fried, steamed, braised or even cold, with condiments of shaved cucumber, pickled cabbage, and garlic sauce which most locals eat by stuffing the condiments into the block of tofu and eating as one flavoursome, and stinky, mouthful.

Durian, the king of fruits, is cultivated and found in the markets of many countries in Southeast Asia, and in India. Although it is probably fair to say that Thailand is today the durian capital of the world. Home to over 300 varieties of this bizarre fruit, Thailand is also the biggest exporter of durian. The Chanthaburi Province of Thailand, located about 300 km east of Bangkok, is where the World Durian Festival is held every year, usually in early May. This single province of Thailand produces more than half of all of Thailand’s total annual durian production. A highly prized fruit, in 2019 a Nonthaburi (in Thailand) durian sold at auction for $48,000!

From the outside, the durian is similar in size to a football but the similarity ends there. You would not want to head, or kick, this ball. Irregularly shaped and covered in a thick green skin with hard woody spikes – never sleep under a durian tree unless you’re wearing a full suit of armour and a sturdy helmet. Inside, a feat and an art in itself to crack open these fruits, the durian contains several large seeds coated in creamy yellow, almost custardy, soft silky meaty flesh. However, while you’re enjoying a moment of delicious reverie on beautiful foodie moments with Ambrosia Custard or crème anglaise, add to your reverie the rich and room filling aroma of a full dustbin steaming away on a sunny afternoon (you can leave your gym bag alone for this fruit). It really is an odor as rich as its creamy flesh, which it has to be said, if you can get past the smell, is really a rich, creamy, delicious delight all of its own. The aroma though, is a kind of pungency that hangs around for days, so you can understand why durian has been banned by airports, airlines, hotels, and public transportation systems in Thailand and across most of Southeast Asia. People who eat this fruit love it – well you really must love it to pay 48,000USD for 1 fruit I hear you say. But oddly, while those who love it describe its flavor as sweet, a bit savory, similar to almonds, and with a custard or pudding texture. Those who aren’t fans of the fruit say it tastes like rotten meat. A Marmite Moment if ever there was one.

The hallmark of Khmer cuisine is prahok, a fermented paste made from a small fish called trey riel (Henicorhynchus siamensis). This grey-brown coloured, intensely odorous, and strongly flavoured paste intimidates the uninitiated, but prahok is the cornerstone of Khmer cuisine. Even the national currency is named after the trey riel, the Cambodian Riel. It is so revered by Cambodians that farmers from outlying provinces will travel great distances to trade rice for it. Prahok is used both as a condiment and as a main element in a variety of Khmer dishes, and it accounts for a large portion of protein in the Khmer diet. Used in many dishes in Cambodia, it is mixed into soups and curries or eaten as a condiment with vegetables or rice. This fermented fish paste, known also as “Cambodian cheese,” has a strong kick. It’s spicy, salty and comes with the pungent odor of fish left rotting for many weeks, or months — which is exactly what has happened, one of those rare occasions in life where it does exactly what it says on the tin! It’s also. All it takes is a thumb-sized amount to make a flavourful meal out of a bowl of rice. But eating prahok is like tempting fate. Too small a portion and you’re left craving the intense flavor. Too much and it’s overwhelming, leaving you teary-eyed.

Century eggs are a type of Chinese preserved food made from either chicken or duck eggs. Known also as thousand-year-old eggs, or hundred-year-old eggs, this name is descriptive…imagine what an egg might look like after being left for such a long time. Yes, time to reach for the gym bag again. The eggs are really not that old but having been preserved in a mix made from salt, ash, quicklime, clay, and rice husks ash, the raw eggs are left, in their shells, to cure anywhere from a few weeks to several months. The yolks turn to a creamy texture and are either a dark green or black colour, with the whites turning to the colour of a good black tea. Yes they look 1,000 year old, hence the name. As a result of the curing the odor is a delicate cocktail of sulphur and ammonia, not too pungent, but definitely a smelly food. As to the taste, rather like stinky tofu the flavour varies from region to region and producer to producer. The egg-white, rather like gelatin, has little or no flavour. All the flavour is in the yolk, think a good cream cheese, flavour profiles vary from a ripe camembert to a less flavoursome brie, to simply like a slightly earthy boiled egg on the turn. They are often eaten as a snack with tea or rice wine, or enjoyed with a dash of soy sauce, ginger, and scallions. But they can also be cooked in various dishes like congee or noodles.

Asia is a foodie heaven. Plan your next holiday in Asia discovering the sights, sounds, flavours AND smells of this incredible continent – but leave the gym bag at home!

Contact the Secret Retreats concierge to plan and book your unforgettable foodie holiday in Asia.

Extraordinary City Escapes in Asia Perfect for Staycations and Vacations