Find Inner Peace in the Spiritual Capital of India 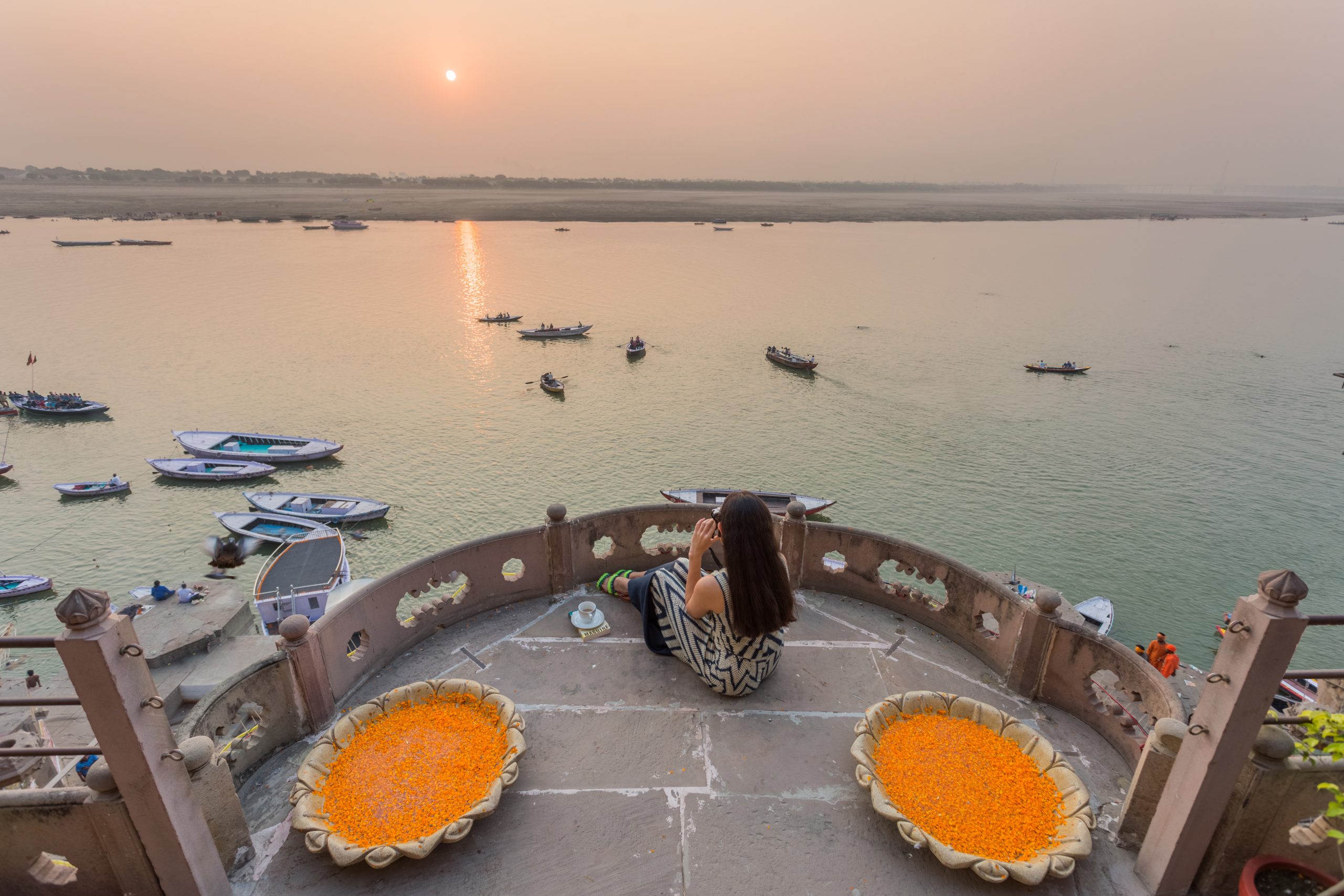 It could be said that India has always been a bit of a spiritual superstore. It is the birthplace of 4 of the world’s major religions, Hinduism, Jainism, Sikhism and Buddhism, and is home to more than 33 million gods. It is no surprise that many people, from all over the world, head to India when looking to find their spirituality and understanding of the meaning of their life and their place in the universe. From the Beatles to the Stones, and the millions of folks on the Hippy Trail in the ‘60s and ‘70s looking to ‘find themselves’ (well, we didn’t have Google maps in those days did we). India’s rich variety of belief systems, philosophies and wise gurus offer valuable guidance for the soul to seekers living the mostly modern secular lives of people in the west. Head east and find yourself, head to Varanasi.

One of the world’s oldest continually inhabited cities and a place of pilgrimage for Hindus and Buddhists, Varanasi is the cultural and spiritual capital of India. Situated on the banks of the River Ganges, it is a place of rituals and ghats, yoga and mysticism, spiritualism and philosophy. Also known as the home of Lord Shiva, it is the perfect location to delve into your mind, body, and soul. You can throw yourself into the passion and prayer of Kumbh Mela, when 30million devotees of the Hindu faith gather every 12 years for ritual bathing, sermons, religious rites and spiritual cleansing. Or head to one of the 88 ghats in Varanasi to witness the daily ceremonies and religious rites. Perhaps the best way to view these timeless scenes is by boat, cruising gently along the River Ganges passing the ghats as you go and bearing witness to important moments in people’s lives, and often final moments as last rites and cremations are also performed on the ghats.

Yet amongst the apparent endless chaos of the busy and crowded city, one can still find inner peace in every street. Wander down almost any lane or street within Varanasi and you will come across a temple or place of worship. But top of everyone’s list is usually the beautiful Kashi Vishwanath Temple. Dedicated to the god and founder of Varanasi, Shiva, this temple is also known as the Golden Temple because of the gold covered domes and spires that adorn its roof. And be sure to head to the village of Sarnath, about 10kms from the city centre, where in this peaceful spot over 2,500years ago the Buddha delivered his first sermon. The site is marked today by the now 1,500year old Dhamek Stupa. Then head, by boat to the Darbhanga Ghat. Not only is this site considered by photographers as one of the best places in the city for both views of Varanasi and for the best sunrises over the River Ganges, it is also the site of our favourite boutique heritage hotel in Varanasi, the incomparable Brijrama Palace.

One of Varanasi’s oldest landmarks still standing today, the hotel was built in 1812 by Shridhara Narayana Munshi who was the minister for the Nagpur estate. In 1915, the Brahmin King of Darbhanga acquired the palace and the Ghat came to be known as Darbhanga Ghat thereafter. In 1994, the palace was bought by the Brijrama Hospitality group who spent 18years lovingly restoring the stunning architecture and interiors. And on completion of the renovations the property was opened as the wonderful Heritage Boutique Hotel Brijrama Palace.

Hindu priests perform the Ganga Aarti every night at the Dashashwamedh Ghat. Performed to give thanks and pay respects to the River Ganges the priests don their saffron robes, spread out plates of flower petals and other offerings and blow a conch shell to signal the start of the spiritual ceremony. Thousands of tourists gather to watch the priests chant and wave tiered plates of sandalwood-scented incense in intricate patterns as they make offerings and give thanks to the river. An unforgettable experience that is best seen from the Brijrama Palace where guests enjoy a privileged and uncrowded position to witness this nightly ceremony. The Secret Retreats team in India have prepared the perfect itinerary to enjoy Varanasi while staying at the Brijrama Palace. Discover Varanasi over our 4 day and 3 night itinerary enjoying the culture, tradition and luxury of the palace in this unique Secret Retreats journey to the holiest city in India.

Trek in the Himalayas

A Stay at the Palace of the Elder