Asian Rituals to Bring You Good Luck During 2021 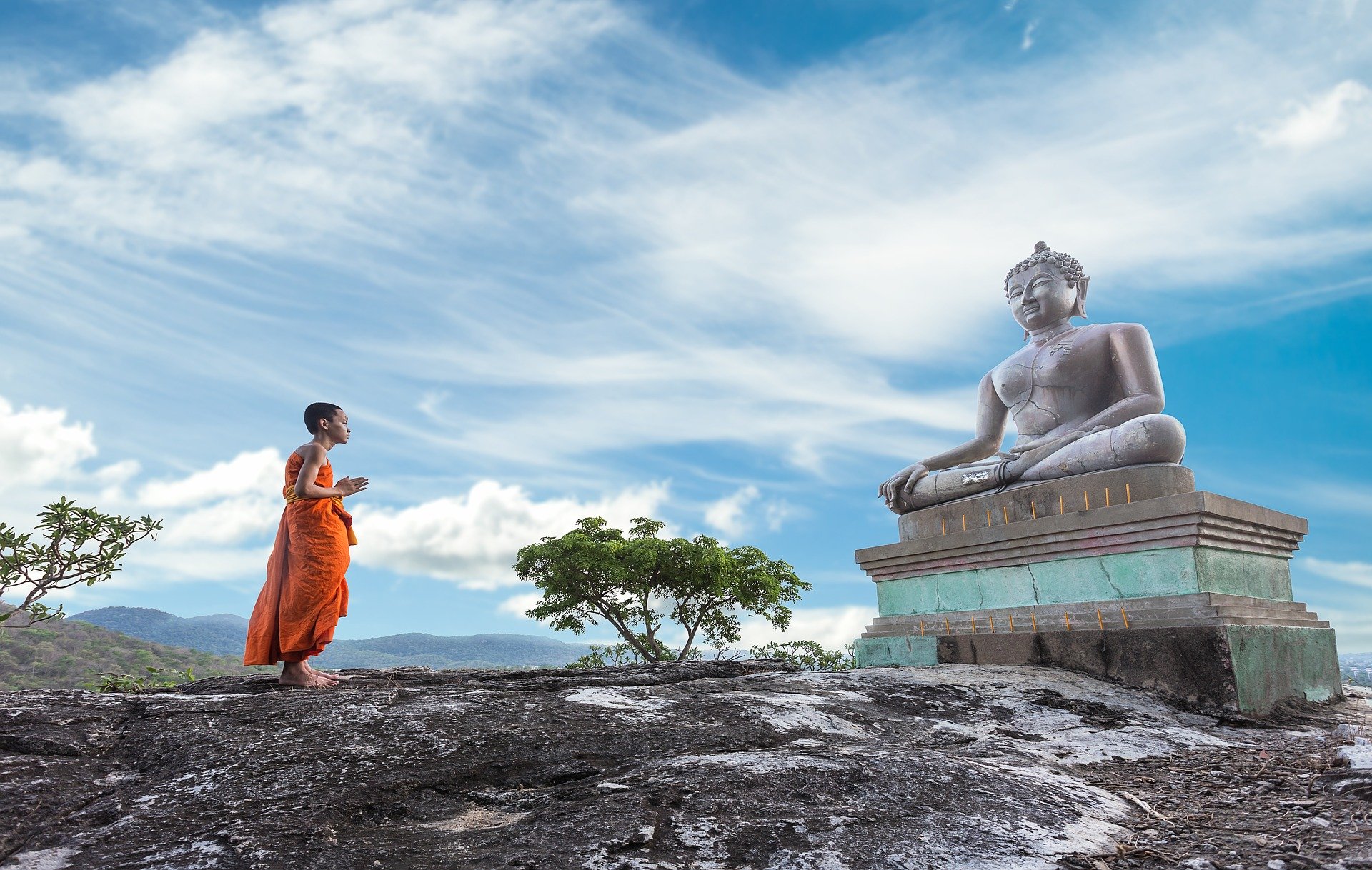 As we enter 2021, people from different cultures and nationalities around Asia will be following various traditions and acting on superstitions in trying to make this year a particularly prosperous one for them. As cultures have evolved and assimilated, these good luck rituals have traveled across continents and seas to give the rich mix of beliefs and traditions we have today.

If you are looking for a little bit of extra luck to help you navigate the next 12 months, then maybe the rituals in this newsletter are just what you are looking for. Whether you believe that ritual and superstition can bring you prosperity, love, and good fortune or not, the reasons these interesting rituals have remained prevalent and practiced throughout history may be compelling enough to make you want to try, and surely after all that we have had to deal with in 2020, anything is worth a try!

Most people consider spilling milk to be a good omen but there are folks who consider it a bad omen too. At the housewarming ceremony (Griha Pravesh Puja) the first thing you should do is to boil a pan of milk and let it spill. Some people do it in such a way that milk is spilled in an easterly direction as according to Vaastu Shastra, India’s version of China’s Feng Shui, the east is the most auspicious of the cardinal points. Spill your milk to the east to attract luck, prosperity, positivity, peace, and good health for the household. The east is also the direction from where the sun rises, thus by spilling your boiled milk in an easterly direction you are encouraging auspicious beginnings in your home too.

Chinese culture is packed with customs associated with food, wordplay, and symbolism. For example, the word for fish in Chinese is pronounced ‘Yu’, which is the same as the word for prosperity, so eating a whole fish together with family during a Chinese New Year celebration is believed to bring prosperity in the coming New Year.

There are also many tweaks in the form of traditional rules associated with eating your New Year’s fish, such as the head of the fish must be pointed towards the eldest family member at the table, also the person facing the head of the fish must eat first. And why not make it a noisy dinner gathering by adding a bunch of firecrackers. The loud noise of the firecrackers is traditionally used to scare away misfortune, evil spirits and bring good luck! If firecrackers aren’t your thing, try popping a few bottles of champagne to wash down the fish dinner with and enjoy the added good luck from the sounds of the popping corks keeping misfortune at bay.

There are several lucky charms that will keep you on the right side of Lady Luck in Japanese culture. A stylized rotund red hollow paper-mâché doll that represents the founder of Zen Buddhism, the Daruma Doll is a good luck talisman that helps people achieve their goals. Purchased from a temple at the beginning of the new year, the spaces where the doll’s eyes should be are left blank.

Make your wish or set your goal for the year as you draw in the left eye on the doll’s face and promise your doll full sight once your goal is achieved or your wish granted. The doll’s face acts as a reminder of the goal set or the promise made to oneself – the perfect way to keep up those New Year resolutions. Once the goal has been achieved, or the wish has been granted, you draw in the right eye and return the doll to the temple where you purchased it usually within a few days of New Year’s Day when all the previous year’s dolls will be ritually burned. After thanking your doll, the dolls are gathered together and the temple’s monks chant sutras for the dolls before setting the gathered dolls alight. Before heading home, new Daruma Dolls are purchased, and new goals set for the new year. A colourful way to remember those new year promises and resolutions.

The Lucky Money Cat (Maneki Neko) is an extremely popular belief both in Japanese and Chinese cultures. A doll in the form of a seated cat with a raised and beckoning front paw, these apparently waving cats are calling wealth and prosperity to the home or business they are placed within. Cats are also able to see in the dark and so the lucky cats are also believed to frighten away evil spirits that may hamper success. At work, this lucky charm is best placed on your office desk or next to a cash register. In your home, you can place the cat in the southeastern (wealth) or northeastern (inner knowledge areas). If the left paw is raised, it’s believed that the cat will attract customers and bring good business to shop owners, the right paw raised attracts more wealth and is considered good for the home. The Maneki Neko can also come in many different colors: white signifies happiness, black signifies protection, green signifies health, and calico signifies extreme good luck.

Thailand also has their version of Maneki Neko cat. Known as Nang Kwak she is a female benevolent spirit deemed to bring luck, especially in the form of propserity, to the household. She is also considered to be the patron deity of merchants and salespeople and can be seen in almost every business establishment in Thailand. A figurine or a representation on a piece of fabric called a ‘Pha Yant’ or ‘Yantra Cloth’ of the goddess is typically placed near the shrine in the home or business to work her magic for the family. Some people also wear amulets of the goddess, a logical development of the belief since so many people in Thailand have to travel to sell their wares, making a portable Nang Kwak amulet the obvious choice for travelling business people.

And a colourful Thai superstition for the fashion conscious where you can let the attraction of luck guide your wardrobe choices. Do you ever stand in front of your wardrobe in the morning wondering what to wear for the day? This question is answered more easily in Thailand than in other countries. In Thai (and Khmer) tradition, each day of the week is assigned a specific colour, with these colours considered lucky on specific days of the week. Dressing in the colours of the day will ensure you a lucky day. Although this practice has lost its importance in modern Thailand, people still know all these colours by heart and consider the colour of the day they were born on to be their lucky colour. The lucky colours of each day are yellow for Monday, pink for Tuesday, green for Wednesday, orange for Thursday, light blue for Friday, purple for Saturday and red for Sunday. If colourful clothes aren’t for you, then take advantage of your lucky colour in your choice of gemstone and wear your lucky colour in a piece of jewelry – sapphires, topaz, rubies and amethyst will cover all the bases beautifully for you.

A Baci Ceremony (also spelt Basi) is a ceremony practiced in Laos and Thailand since ancient times. The term commonly used is “Sou Khwan” which means spirit enhancing or spirit calling. The ceremony involves a blessing from a respected elder, who ties white cotton strings around the person’s wrists while uttering prayers that invoke spiritual help, calling the guardian spirits back to the recipient of the blessing and to wish that person well.

Lao and Thai people believe that a human being is a union of thirty-two organs, where each has a spirit or “Khwan” that resides there to protect them. These spirits often wander outside the body and in so doing cause an imbalance of the spirit which might lead to an illness. The tying of the white string represents the recalling, uniting and tying of the 32 spirits to the body putting the person’s spirit back in harmony as well as bringing them good luck and prosperity.

Wondering how you can score some good luck during a visit to Korea? In Korea, Lunar New Year’s Day provides the perfect opportunity to start the year with a fresh start so much so that Koreans will often not wash their hair on this day as it is believed it would wash away the good luck. In the same way Korean students will not wash their hair before a test in order to not ‘wash away’ all the knowledge they have gained from studying.

One more sign of good luck is when you dream of pigs. In many countries, pigs are often seen as unattractive animals best avoided, but not in Korea. For Koreans pigs are representative of both fertility and wealth, this is because the pronunciation of “pig” is similar to the pronunciation for “jade.” So, for many Koreans a night filled with thoughts of our porcine truffle finding friends is not a sign they need to crack out the barbeque or grill up a bacon sandwich, but rather a good sign that they will soon be in for a big win or a windfall.

Sweet dreams all, and may Lady Luck fill your year and that of your families and loved ones with all the very best that piggy dreams, lucky cats, Zen dolls and colourful wardrobes can provide. Now, head off to the kitchen and make yourself a milky drink and don’t forget to spill your milk to the east!

An interesting ritual for bringing good luck to a new home is practiced in that bastion of modernity, Singapore. This ritual, popular amongst the Chinese in Singapore, is known as ‘pineapple rolling’. Before stepping into their new home, the owner will roll a pineapple across the threshold while shouting “huat ah” a Hokkien phrase meaning to prosper.

In Singapore, pineapples are a highly coveted fruit thanks to their association with prosperity. A practice that most likely originated from the Hokkien community, rolling the pineapple is akin to rolling good luck and prosperity into the home.

Christmas and New Year 2020 promotions and events at your favorite destinations.

Lending a Helping Hand: Ecolodges Indonesia, Planting the Trees for the Planet to Breath and local communities to survive during the current crisis