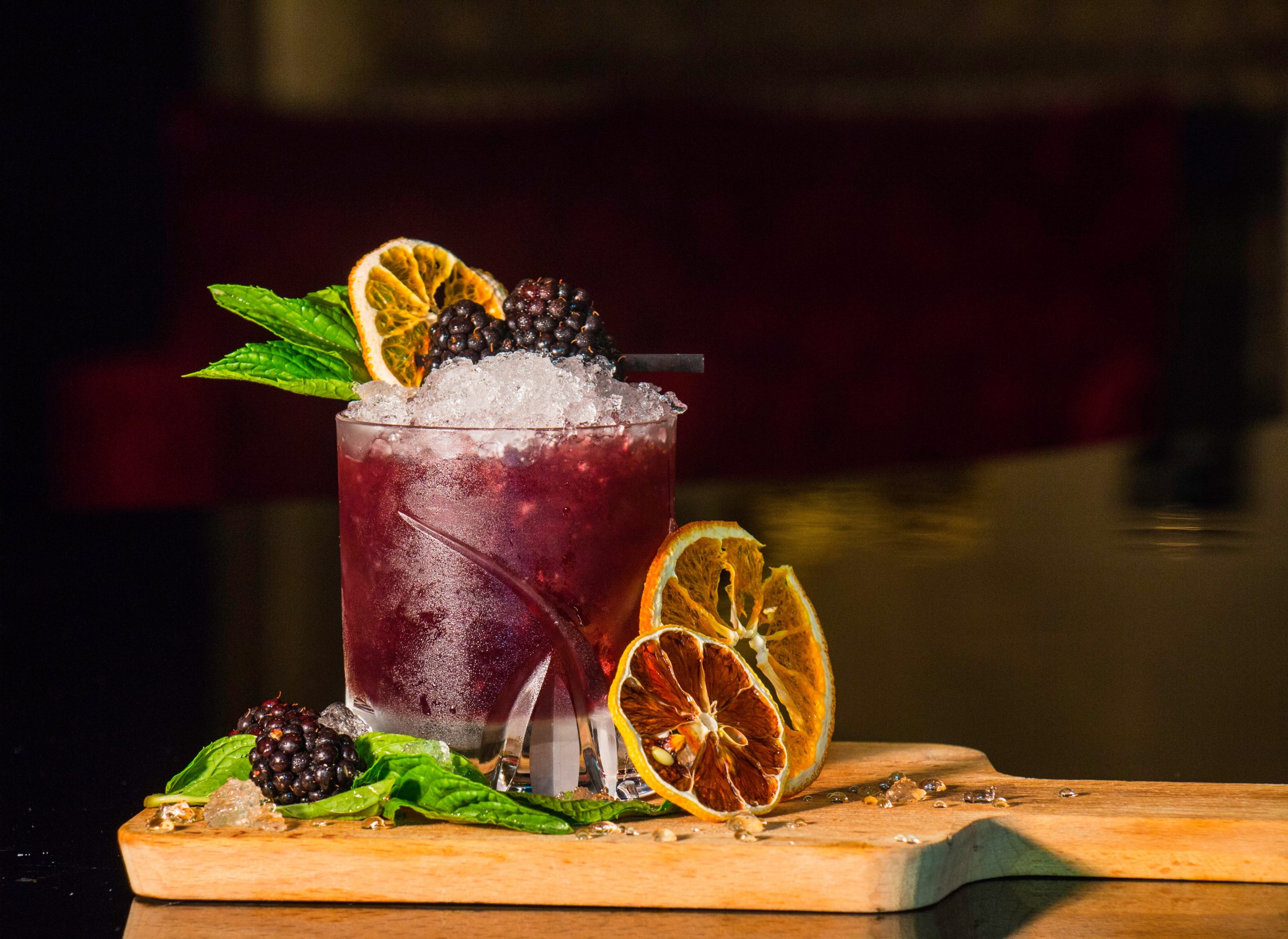 The Flavours of Asia in a Glass and Over Ice

Summers in most Asian countries are pretty hot. Therefore, the demand for refreshing beverages after a hot and busy day’s work is huge here. You will be amazed by the variation in style and flavor of the liquors available across the region, even though many are based on the same main ingredient, rice. Flavourful Asian party drinks that promise an extra special experience, and arguably healthier than your usual liquors – well, I did say ‘arguably’. Good drinks make great times, but why settle for the same old beverages when there’s a world of exciting spirits and liquors to explore? In this week’s newsletter we would like to suggest that one of the merriest ways to discover a new destination is by imbibing like a local, with the locals. These five Asian tipples are guaranteed to give you an insiders’ perspective. Reviving and surprising, and sure to pump up your parties. Raise a glass and drink on…I mean, read on!

“Lao lao” appears to be cheering the country and people, and in a way it does. They are however two different words with the same pronunciation. One means alcohol, and the other means Laotian. The meaning of “Lao Lao” is Laotian alcohol and translates as Laotian Rice Whisky.

This popular home-brewed sticky rice moonshine can be found all over Laos. It is the liquor that’s brewed in every village and town from high up in the Laotian mountains to the lowland river valleys. We can also tell you that Lao Lao is one of the cheapest alcohols in the world, aside from the ones you use to clean your paint brushes. The traveller to Laos will be amazed by the variety of handmade bottles containing this grassroots clear liquor made from Asia’s staple. The low price doesn’t mean it is of poor quality. Each village takes great pride in the selection of rice, the distillation and in creating a spirit that accompanies every important moment of village life, as well as shared with the guardian spirits that the villagers live side by side with. The taste is fiery but rounded, often aromatic with notes of a lush rice paddy ripe for harvest. And while it is a very strong liquor, the purity of the distillation makes for a very pleasant drink with little or no hangover – oh yes I speak from enjoyable experience.

Sake is an alcoholic drink also made from fermented rice. Referred to as Nihonshu in Japanese to differentiate it from “sake” which in the local language can also refer to alcohol in general. The drink enjoys widespread popularity and is served at all types of restaurants and drinking establishments.

Sake remains a mystery to many consumers in western countries but is now gaining in popularity worldwide. As interest in Japanese cuisine has grown internationally, sake has started to become a trendy and recognizable drink around the world. The foundations of decent sake are quality rice, clean water, koji mold and yeast. They are combined and fermented in precise processes that have been refined over the centuries. Typically filtered (although unfiltered products are also available), the resulting clear to slightly yellowish rice wines have an alcohol content of around 15 to 20 percent and relatively mild flavor profiles, ranging from light and crisp to richer and more substantial fruity notes. There are sake that are served hot, and sake that are served chilled, perfectly complimenting the delicate flavors of traditional Japanese cuisine.

If we were talking about the most popular spirit in Korea we would have to talk about Soju. But today we would like to share with you another drink that is also popular with the locals, but less well known outside of Korea. What makes Makgeolli such a great drink is its versatility. Its naturally occurring light carbonation and subtle sweetness goes well with so many different types of food. It cuts through the fatty flavours of a Korean barbeque, it tames the fiery taste of kimchi and it balances the pungent ocean flavor of many types of seafood. And it pairs equally well with non-Korean menus. To put it simply, Makgeolli is a Korean fermented rice alcohol. But the real definition is way more complicated than that.

Makgeolli is one of many Nongju, loosely translated as ‘farmer’s booze’ (the beverage that makes boozy farmers you might say) and has been made by homebrewers throughout Korea for millennia. It’s usually made with three simple ingredients: rice, water and ‘nuruk’ (a type of fermentation starter cake made from a combination of rice, wheat and barley). In that deceptive simplicity, the complexities of the yeast and the fermentation process can make or break the final product. The fermentation that gives it the complexity in flavor also makes it literally explosive when packaged. But if you’re lucky to live in a large metropolitan area, you may be able to find a local purveyor who brews micro batches to sell in their own bar or restaurant.

‘Ya Dong’ street liquor is a herb infused Thai alcohol that is made from local Lao Khao (a clear rice based liquor) and a number of ‘health enhancing’ herbs like native botanicals. Traditionally used as a medicine and blood tonic, Ya Dong is rumoured to enhance libido, revive and boost the energy of the imbiber. ‘Lao Khao’, the Thai alcohol used in this potent concoction, is a rice whiskey brewed in farms and villages, legally and illegally, all over Thailand. This ubiquitous drink varies from carefully crafted rice whiskies to the kind of ‘gets you smashed’ rocket fuel that is often the catalyst for many of the more salacious stories in the tabloids. Ya Dong is usually enjoyed with sour, unripe mango served with a condiment of salt, chili and sugar combined, and is Thailand’s answer to the tequila shooter. As with tequila, wildlife may be seen to be swimming within the bottle of Ya Dong.

Scorpions, Snakes or Giant Centipedes are often seen floating within the Ya Dong flask or bottle, and of course this practice stems from the beliefs of traditional medicine where the addition of the animals to the beverage provides ‘health’ benefits to the drinker – rather ironically, considering the high alcoholic content, the main benefit is considered to be an enhanced male virility and ‘strength’…mmm, after a good few shots of this stuff, I would doubt the drinker could stand up on his legs, let alone anywhere else on his anatomy. Typically cheap, this often-homebrewed moonshine is the preferred sundowner of famers and labourers who you will see sat together at the end of a hot busy day at a street-side bar all over Thailand, sharing the stories of the day, their shouts and laughter lubricated by the local Ya Dong, and all in the name of good health of course.

The Japanese make sake from rice. Mexicans make tequila with agave. And Filipinos make Lambanog from coconuts. Lambanog is a traditional Filipino distilled palm liquor made from coconut or nipa palm sap. The sap is collected from the unopened coconut flower or nipa palm, and then fermented and distilled. With the Philippines being the world’s second largest coconut producer, behind Indonesia, there is no shortage of the base ingredients needed to create this particular firewater. It’s said that Lambanog came into being during the pre-colonial era, and to this day coconut plantation farmers have passed down their written recipes for their own versions of this moonshine from generation to generation.

This lesser-known tropical hooch is really in a class of its own, and drinkers across the Philippines know the power of the clear, sometimes cloudy, neutral-yet-potent liquor all too well. The slightly sweet spirit typically reaches up to 45 percent alcohol, and with some brews reaching over 80% proof, they’re almost rocket fuel. Despite the high alcohol content, the flavour has been compared to Schnapps and Sake, and while yes, it is very strong, it is also surprisingly smooth.

Feni is a traditional liquor distilled from the fermented juice of cashew apples or from the ‘toddy’ of coconut palms (toddy is the sap from the coconut palm flower). As cashews didn’t arrive in Goa until the Portuguese missionaries imported them from Brazil nearly 500years ago, Coconut Feni predates Cashew Feni. The name “feni” is derived from the Sanskrit word phena which actually means froth. It is due to the fact that bubbles form a light froth when the liquor is shaken in a bottle or poured in a glass. Feni is a long established part of Goa’s culture and food tradition. Unlike other liquors it is locally touted as hangover-free, and I am sure that is regularly tested. More importantly, it was assigned a Geographical Indication (GI) certificate in 2009 to protect its market of origination. And in 2016, the Goan government initiated the process of declaring it as a heritage drink.

The first step in making Cashew Feni is by crushing windfall cashew apples to extract the juice – traditionally, the cashew apples are never plucked from the trees for feni production. For Coconut Feni, the toddy juice is tapped from the bud of the palm trees’ flowers every morning and evening. Collected within earthenware (or more often these days plastic) pots, the juice or tapped sap is then left to ferment. After 3 days or so, the juice is distilled in copper or earthernware pots over woodfires. Traditionally Cashew and Coconut Feni is triple distilled resulting in a spirit that is distilled to a proof of 42.8 percent. Feni is enjoyed on its own over ice or is also used in cocktails or taken with mixers such as Indian tonic water and lemonade.

Have you checked out our Secret Journeys yet?

Each and every one of our Secret Journeys has been designed from direct personal experience, based on first-hand knowledge and built with trusted recommendations from a local’s perspective. Your well-connected hosts will share their home with you on each Secret Journey, offering you unique holidays in Asia that go well beyond the typical touristic itinerary.